Taylor Swift may not have showed up at Sunday night’s MTV Video Music Awards in the flesh, but her presence certainly was felt. First, she dropped her new music video for “Look What You Made Me Do” during the live broadcast. And then, the evening’s host and her yaerslong pop rival Katy Perry made a cheeky reference to Swift during one of her short monologues.

Dressed as Daenerys Targaryen from Game of Thrones, Perry gave a quick recap of what had gone down at the awards show so far for viewers just tuning in from watching the season finale of Thrones instead, which started midway through the VMAs broadcast.

“Kendrick Lamar: on fire. Ed Sheeran’s friends: dead,” she recited. “I for real Skyped with an astronaut, Lorde did Lorde stuff, Pink made a car fly.”

Ed Sheeran is known to be a friend of Swift’s, of course. In her new music video, she appears first as a zombie rising from the grave, and refers to herself as “dead” in an already-viral lyric from the song. So if that’s how Perry wanted to review Taylor’s new work, she has a point — although the fans may not be particularly pleased with that recap. 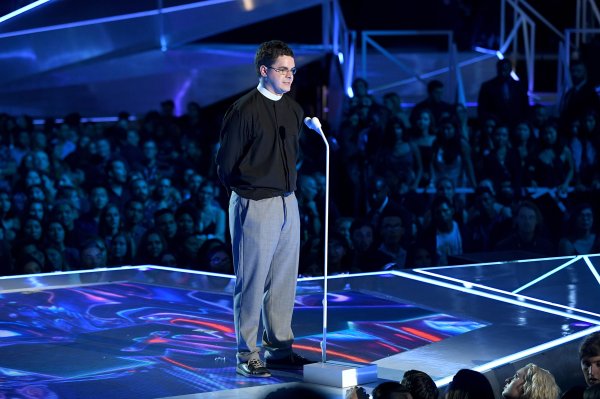 A Roundup of Every Political Moment at the 2017 MTV Video Music Awards
Next Up: Editor's Pick