The last month has seen white supremacist rallies, a president whose fascilated condemning them and a constant stream of responses from all corners of the political and entertainment spectrums. So it wasn’t much of a surprise that things got political at the 2017 MTV Video Music Awards. Whether host Katy Perry was poking fun at President Trump or the electoral process, or a presenter was calling for unity, plenty of political moments cropped up during the ceremony.

Here are the most notable:

Paris Jackson denounced white supremacists. While presenting the award for best pop video at the VMAs, Paris Jackson decried white supremacists and Nazi supporters in the wake of a white nationalist rally in Charlottesville, Va. earlier this month. She briefly impersonated President Trump while calling for unity: “If we were to stand up all united as one, our impact, it would be ‘yuge. It would be ‘yuge. Believe me, ‘yuge. And that’s not fake news.”

“I hope we leave here tonight remembering that we must show these Nazi, white supremacist jerks in Charlottesville and all over the country that as a nation with liberty as our slogan, we have zero tolerance for their violence, hatred and their discrimination,” Jackson said.

Katy Perry considered an outfit from the Handmaid’s Tale. In her opening monologue, host Perry joked that the red cloak and white bonnet from the Handmaid’s Tale was trendy in 2017. The book by Margaret Atwood was made into a television show for Hulu this year, and depicted a world in which an authoritarian regime rules what used to be the U.S., and forces fertile women bear children for powerful men.

Perry later made an apparent dig at Trump’s Twitter habits during a bit about saving tweets in drafts. “Some people—wink, wink—could save to draft a lot more, don’t you think guys?” she asked the audience. The VMAs host then proceeded to self-deprecatingly remind everyone that Hillary Clinton lost the 2016 presidential election: “When Hillary Clinton becomes president, I promise to put out a timeless record that everybody loves.”

The singer also quipped that the award show is “one election where the popular vote actually matters,” and urged viewers to vote so a “Russian” artist would not win.

The VMAs brought together the mother of Heather Heyer and a descendant of Robert E. Lee. Susan Bro, the mother of the woman who was killed while protesting white supremacists in Charlottesville, presented an award dedicated to social messages at the award ceremony. She was introduced by Robert Mead, a pastor and descendant of the Confederate general Lee, who took a moment to decry racism, which he called “America’s original sin.”

Heyer’s mother then took the stage to honor her late daughter and the six nominees in the category for the Best Fight Against the System award. Instead of one winner, MTV gave the award to all the nominees. “I want people to know that Heather never marched alone. She was always joined by people from every race and every background in this country,” she said.

Cardi B vocalized support for Colin Kaepernick. The “Bodak Yellow” singer shouted out Colin Kaepernick, who has struggled to find a spot with an NFL team in the wake of his protests of police brutality against people of color. “Colin Kaepernick, as long as you kneel with us, we gonna be standing for you baby,” she said. 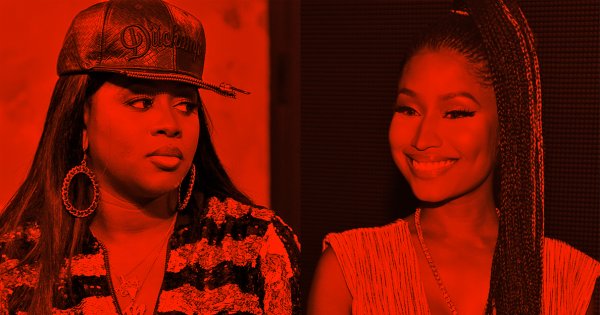