By Michael B. Marois / Bloomberg

In the span of three hours, as Hurricane Harvey barreled toward landfall in Texas last night, the White House dropped three controversial stories — taking the classic tactic of burying news on a Friday night to new heights.

As the nation watched and worried about one of the strongest hurricanes to strike the U.S. in more than a decade, the White House announced a ban on new transgender recruits in the military and the pardon of convicted Arizona county sheriff Joe Arpaio. At the same time, news leaked that a contentious far-right aide to the president, Sebastian Gorka, has left his job. Word of a North Korean missile launch added to the sense of drama. Some hours earlier, the administration had unveiled more sanctions against Venezuela.

All the while, President Donald Trump seemed determined to show he’s on the case of monitoring the storm — to avoid the mistakes made by George W. Bush when Katrina flooded New Orleans in 2005 and killed almost 2,000 people. Trump signed a disaster declaration for Texas and sent out seven tweets about the storm and the federal government’s response.

Trump’s critics, mostly Democrats but some Republicans as well, were quick to criticize Trump’s decisions, particularly the pardon of Arpaio. Senate Democratic leader Charles Schumer mocked Trump for using the hurricane as a shield when delivering the news.

“As millions of people in TX and LA are prepping for the hurricane, the President is using the cover of the storm to pardon a man who violated a court’s order to stop discriminating against Latinos and ban courageous transgender men and women from serving our nation’s Armed Forces. Then he ran to Camp David,” Schumer, of New York, said in a series of tweets. “The only reason to do these right now is to use the cover of Hurricane Harvey to avoid scrutiny. So sad, so weak.”

Hurricane Harvey made landfall at about 10 p.m. local time Friday night, striking between Port Aransas and Port O’Connor as a Category 4 storm — one level below the strongest — with Houston, Corpus Christi and Galveston in its sights. Those Texas cities have more than 2.6 million inhabitants combined.

Arizona Senator John McCain, A Republican who’s clashed with Trump, said that while Trump may have the authority to pardon Arpaio, “doing so at this time undermines his claim for the respect of rule of law as Mr. Arpaio has shown no remorse for his actions.”

About two hours after Trump boarded Marine One for his trip to Camp David on Friday afternoon — as Harvey spun toward Texas — administration officials briefed reporters on the guidance the White House was giving to the Pentagon to implement the president’s order to bar recruitment of transgender people in the military.

Three hours later, at 8 p.m. Washington time, the press office released a statement about the Arpaio pardon. About the same time, the conservative magazine Federalist published a story on its website that Gorka was resigning from the administration.

Gorka was known for his strident defense of the president and criticism of the press, particularly on terrorism issues. That endeared him to the president, but critics in the foreign-policy community questioned his credentials and the far-right policies he frequently espoused.

The transgender policy, reversing a directive of former President Barack Obama, and Arpaio’s pardon drew quick fire from Trump’s critics in both parties, and both decisions are sure to win praise from the president’s core supporters. But the departure of Gorka risks creating more fractures in Trump’s base, coming on the heels of former strategist Stephen Bannon’s ouster one week ago.

Much of the criticism of Trump’s transgender ban had already been aired since he first announced it in a tweet a month ago. In the more formal directive to the military released Friday, Trump rejected openly transgender individuals as new recruits but authorized Defense Secretary James Mattis to decide in the next six months how to handle transgender personnel already serving in the armed forces.

Trump, who often turns the signing of presidential directives into media events, in this case issued the memorandum out of sight. Rather than say anything about it in the immediate aftermath, he tweeted about the hurricane.

“Storm turned Hurricane is getting much bigger and more powerful than projected. Federal Government is on site and ready to respond. Be safe!” he wrote.

Trump had telegraphed his decision about pardoning Arpaio, who was convicted of federal misdemeanor criminal contempt this year after a judge found he had defied a court order to stop using racial profiling in targeting Hispanics he suspected were undocumented immigrants.

“Donald Trump is a coward for releasing this news on a Friday when the nation’s attention is rightly focused on Hurricane Harvey and the people who are in its path,” Arizona Congressman Ruben Gallego, a Democrat, said in a statement.

By pardoning Arpaio, Trump threatened to further inflame national tensions over race and immigration while also alienating some of the Republicans who have touted the importance of the rule of law.

Arpaio, who served for 24 years as the sheriff of Maricopa County, Arizona, was defeated in last year’s election.

“I have to thank the president of the United States,” Arpaio said in a telephone interview. “I feel vindicated.” 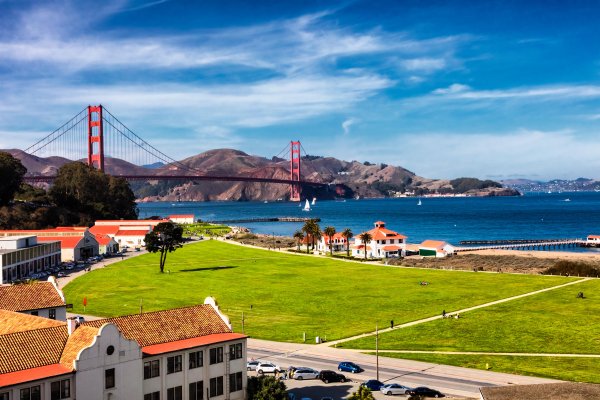 A Right-Wing 'Free Speech' Rally Planned for San Francisco Has Been Cancelled
Next Up: Editor's Pick