A “free speech” rally planned for San Francisco’s Crissy Field this weekend has been cancelled, the organizers said in a Facebook Live post on Friday.

The event was planned for Saturday by a right-wing group known as Patriot Prayer. Joey Gibson, the 33-year-old founder of the Portland, Ore.-based group, said that after consulting with law enforcement, he believed that people might be at risk for harm. “It doesn’t seem safe. A lot of people’s lives are going to be in danger,” Gibson said on Facebook, adding that “tons of extremists” planned to show up and the event had the potential to become “a riot.”

Gibson blamed liberal politicians and critics — who repeatedly characterized the event in terms like “Nazi rally” — for attracting extremist groups, despite his repeated public insistence that white nationalists are not welcome at the event. “It just seems like a huge set up,” he said.

Instead, Patriot Prayer will host a news conference on Saturday at Alamo Square, to discuss the “rhetoric in San Francisco.” The purpose of holding the rally, Gibson has said, was to challenge people on the left and the right who are too intolerant of any viewpoints that don’t match their own.

California state Sen. Scott Wiener, a Democrat who represents the San Francisco area, tweeted that a news conference in Alamo Square would be “illegal as they have no permit.”

Coming on the heels of a deadly clash between white nationalists and counter-protestors in Charlottesville, Va., many feared a reprise in San Francisco. A second right-wing rally was planned for Sunday in Berkeley, which repeatedly dealt with such blow-ups this spring. But according to ABC7, the organizer of that event has also asked that “no one come” due to “violent threats” and “grave concerns for the safety of the people attending my event.”

The specter of neo-Nazi groups coming to the liberal city had sent progressive activists into hyperdrive on both sides of the bay. By Friday, they had organized more than a dozen counter-demonstrations in San Francisco and Berkeley, ranging from dance parties to a marches to the formation of a 100-foot “human heart” that would be photographed from the sky. People gathered on Friday afternoon for a “Unite Against Hate” event in San Francisco’s city center, and residents have been bracing for thousands to arrive throughout the weekend.

Late Friday, it remained unclear whether rally-goers would still show up in Crissy Field. But the streets won’t be quiet. Megan Rohrer, a Lutheran pastor who has been helping to coordinate the organization of those counter-demonstrations said, “They are all still on.” 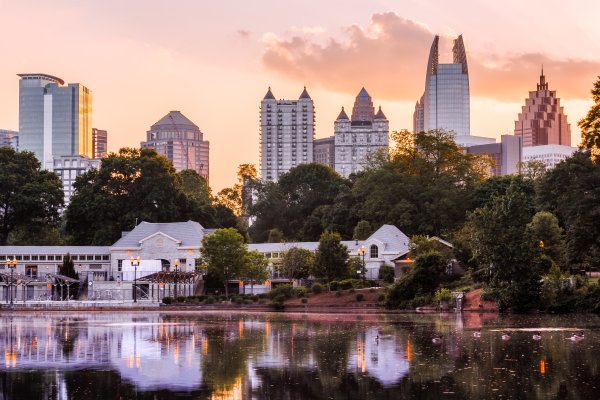 These Are the 10 Most Livable Cities in the U.S.
Next Up: Editor's Pick