Why You Should Worry About Hurricane Harvey

Hurricane Harvey brought torrential rain, wind and flooding to the Texas shoreline, as it made landfall as a Category 4 storm Friday night. It has since weakened to a Category 1 storm.

The storm is the worst to hit Texas in decades and the first major hurricane — classified as Category 3 or higher — to hit the U.S. since 2005.

Here’s why the storm has experts so concerned.

This has the two elements that make for devastating hurricanes: high wind and huge quantities of precipitation. Forecasters expect the storm to drop as much as 35 inches of rainfall in the worst hit spots. The wind speed alone is significant given that the U.S. has not experienced such winds in a hurricane since 2005, when the country experienced seven major hurricanes including Katrina.

But, remarkably, the wind speeds may not be the most significant cause of damage. Forecasters expect the storm to linger over coastal Texas instead of dissipating quickly. And as it lingers it will pummel the region with days of intense rain, driving the National Weather Service’s prediction of nearly three feet of rainfall by Wednesday. That’s about as much or more than cities in the region receive in an entire year.

In uncharacteristically strong language, the NWS described that level of precipitation as “catastrophic and life-threatening” in a Friday warning.

Several feet of precipitation in a short period of time will leave drainage infrastructure overwhelmed and streets flooded. But rainfall is not the only factor—and in some cases even the most significant factor—that affects flooding. Storm surge in particular helped make Hurricane Sandy and Hurricane Katrina enormously damaging events despite relatively low wind speeds at landfall.

Storm surge occurs when hurricane conditions raise water levels on the coast—sometime as much as dozens of feet in the air—and wind pushes that water ashore, leading to flooding. The NWS issued a storm surge warning for the Texas coast with predictions for a surge as high as 12 feet in some places near the spot where the storm makes landfall. Hurricanes Katrina and Sandy caused storm surges of nine and 25 feet, respectively. Storm surge also begins before the heaviest rainfall, sometimes catching local residents who chose to stay behind by surprise.

And flooding does not disappear when the storm makes landfall. Forecasters warn that some of the greatest flooding come in the days following storms when residents may try to return.

Some of the most significant natural disasters to hit the U.S.—think of Katrina—have been exacerbated by a lack of preparation. Effective evacuation notices and response operations saves lives and protects crucial assets in the region.

Forecasters also fear that locals might not heed warnings following a lull in major hurricanes hitting the region.

The hurricane is striking at the heart of the U.S. energy economy, potentially damaging crucial infrastructure and driving up gas prices. The Texas coastline is home to nearly a third of U.S. refining capacity, and by Thursday many oil companies in the region had stopped production, according to the Energy Information Administration. Gas prices will jump and could remain high depending on how long it takes to get facilities operating again. The hurricane could also lead to leaks of harmful chemicals and pollutants stored on sight in the many energy-related industrial facilities located in the area. 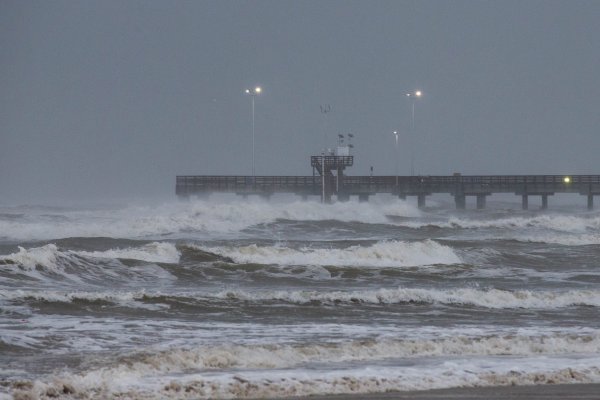 Immigration Detainees Being Moved From Hurricane Harvey's Path
Next Up: Editor's Pick