Immigrations and Customs Enforcement is moving detainees who are being held in facilities in Hurricane Harvey’s path, ahead of the potentially historic storm that’s barreling toward Texas.

Those currently being held at the Port Isabel Detention Center, located 30 miles east of Brownsville in Los Fresnos, Texas, are being transferred to facilities away from the storm’s impact area.

Officials at Immigrations and Customs Enforcement and Customs and Border Protection released a joint statement on Friday indicating that “laws will not be suspended” in light of the storm, but they will ease up on non-criminal immigration operations at evacuation sites or shelters in the impacted areas.

“The Department’s law enforcement components will be at the ready to help anyone in need of assistance. In evacuation or response, we are committed to making sure that we can assist local authorities quickly, safely, and efficiently,” the joint statement reads. “Routine non-criminal immigration enforcement operations will not be conducted at evacuation sites, or assistance centers such as shelters or food banks.”

The statement continues, “the laws will not be suspended, and we will be vigilant against any effort by criminals to exploit disruptions caused by the storm.”

The statement posted on the Customs and Border Protection website does not explicitly mention checkpoints, which the agency said would remain open in a statement reported on by the Texas Tribune. “Border Patrol checkpoints will not be closed unless there is a danger to the safety of the traveling public and our agents,” the sstatement to the Tribune reads. “Border Patrol resources, including personnel and transportation, will be deployed on an as needed basis to augment the efforts and capabilities of local-response authorities.”

That statement prompted a strong response from the American Civil Liberties Union, which called it a “disgusting move.”

“The Border Patrol should never keep checkpoints open during any natural disasters in the United States,” said Lorella Praeli, American Civil Liberties Union director of immigration policy and campaigns. “Everyone, no matter the color of their skin or background, is worth saving.”

A question to Customs and Border Protection officials about the status of checkpoints during the hurricane was not immediately answered.

The joint statement in regard to Hurricane Harvey differs slightly from a 2016 statement from Immigrations and Customs Enforcement and Customs and Border Protection that was issued ahead of Hurricane Matthew. Then, the agencies were far more explicit about enforcement activities, including those at checkpoints and what to do with individuals held in state and local custody. 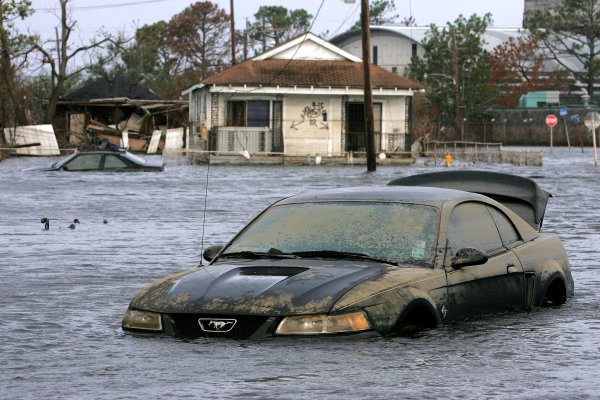 Why You Shouldn't Drive Through Flooding
Next Up: Editor's Pick