While her pointed use of snake imagery as promotion for her new album Reputation suggests that Taylor Swift may be addressing her longtime feud with Kanye West with new music, the first single off the album, “Look What You Made Me Do,” contains a clue that the Internet believes is more direct.

Swift cuts to the chase with with her opening lyrics: “I don’t like your little games/ I don’t like your tilted stage/The role you made me play: of the fool/No, I don’t like you.” The line about a tilted stage quickly caught the attention of the Internet, which collectively pointed out that on Kanye’s recent Saint Pablo tour, he notably performed on a floating stage that tilted back and forth.

While Swift didn’t explicitly call out West, this isn’t the first time that the pop princess has used coded lyrics to send a message to her foes, so it’s not out of the realm of possibilities that it’s about him. She’s sent plenty of dispatches via song in the past, most notably with “Bad Blood,” a song that is widely recognized as a diss track to another of her feud subjects, Katy Perry. 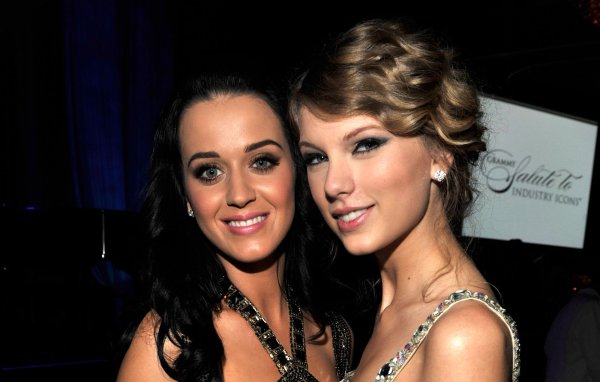 A Comprehensive Guide to the Taylor Swift-Katy Perry Feud From 2009 to the 'You Need to Calm Down' Happy Meal Reunion
Next Up: Editor's Pick