Russian officials were holding up a shipment of yogurt bound for American athletes in Sochi this week, prompting outrage from participants in the Winter Olympics and from officials.

“Unfortunately, this protein-packed, New York-made food has met a serious roadblock in the Russian government, thanks to an unreasonable customs certificate,” New York Sen. Charles Schumer said in a statement on Tuesday.

Chobani, the Greek yogurt maker based in New York, is a U.S. Olympic Team sponsor and was sending 5,000 containers to American athletes for the Games, which kicked off Thursday ahead of opening ceremonies on Friday. But the shipment was held up in cold storage at Newark Liberty International Airport and Russian officials said Chobani hadn’t submitted the appropriate paperwork, the New York Times reports. Schumer sent a letter to Russian Ambassador Sergey Kislyak calling for the government to clear the shipment, saying the yogurt-maker meets U.S. sanitary standards, and the Times reports that the Obama administration has also intervened. 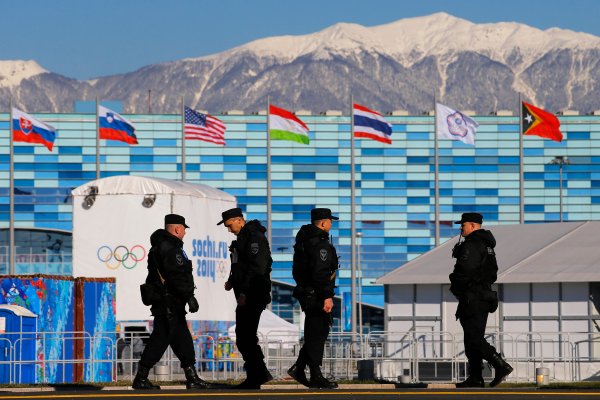