Tetra Images—Getty Images
Ideas
By Ron Paul
Paul, a former congressman for Texas, is host of the Ron Paul Liberty Report and Chairman of Campaign for Liberty.

One thing is certain about the upcoming debate over tax reform — the end result will not be a win for the cause of limited government and individual liberty, unless some members of Congress change their tune. This is because too many remain obsessed with “revenue neutrality,” the idea that any changes in the tax code must ensure the government will collect at least as much revenue from taxpayers as it does today. This obsession with ensuring the government not lose a penny of revenue leads politicians to insist that any tax cut be “offset” with tax increases.

The hunt for tax increases to “offset” tax cuts means that tax reform packages contain tax hikes that are very harmful to the economy, harmful to liberty and would never pass Congress as a stand-alone bill. For example, this year’s tax reform package may repeal and replace the advertising tax deduction, which allows businesses to fully expense their advertising costs. This is consistent with the First Amendment as well as the treatment of every other business expense, such as wages and research and development.

Under the proposal, businesses would only be able to deduct 50% of their advertising costs the year the costs are incurred. They would then have to write off the remaining costs over the next 10 years. Because of inflation and the time value of money, this change would severely reduce the deduction’s value, and thus reduce the amount of money spent on advertising.

An advertising tax is a tax on speech — on valuable information being served to consumers about goods and services.

The advertising tax will adversely affect businesses by limiting their ability to communicate with consumers. This will not affect large businesses, who either can afford the extra costs, are established enough that they can afford to cut back on advertising or both. The companies who will be hurt are smaller and newer businesses trying to reach consumers.

An advertising tax will harm other types of speech. After all, advertising is one of — if not the — primary means of funding the production and distribution of artistic and political speech. The advertising tax might not harm established performers or TV and Internet programs, but it could deprive potential stars or new programs advertising support. The tax will particularly hurt those whose songs and stories take risks instead of following a standard Hollywood formula, especially if the material uses art to comment on controversial topics.

After all, if you work at an advertising firm and your clients are reducing their ad budgets because of the tax, would you risk your clients’ limited funds on an unknown artist or new Internet program — particularly one that did not follow a tried-and-true formula for success or raised uncomfortable political or social questions?

The advertising tax will also limit the ability of those expressing political opinions to gain support from advertisers. While those who spout opinions pleasing to the political class can always count on funding from businesses eager to curry favor with powerful politicians and promote policies favorable to their interests, people offering controversial views that dissent from the conventional wisdom will find it even harder to attract advertising dollars. The result will be those most in need of access to the marketplace of political ideas will be unable to make their voices heard.

The power to tax is the power to destroy. The advertising tax destroys a great deal of advertising — an important form of speech protected by the First Amendment. Congress should reject this assault and instead offset the revenue loss for tax cuts with spending cuts. 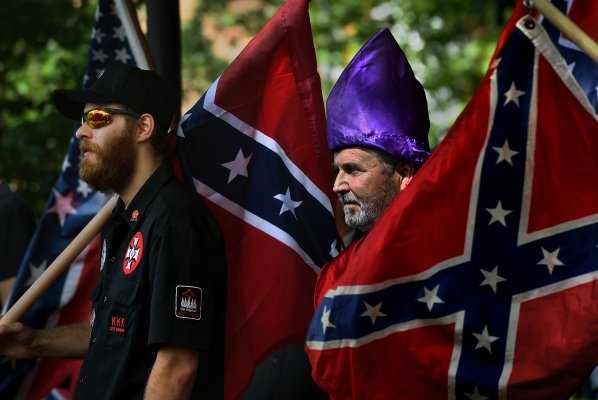 The 'Alt-Right' Has Created Alt-Christianity
Next Up: Editor's Pick