Here's Who Will Be in Black Mirror Season 4

Guests fill the audience for the Black Mirror panel during the 2017 Vulture Festival at Milk Studios on May 21, 2017 in New York City.
Cindy Ord—Getty Images for Vulture Festival
By James Hibberd / Entertainment Weekly

Huge Black Mirror season 4 news: The first trailer is here, looking all urgent and sleek. There are cryptic episode titles. There’s the full cast list (with plenty of surprising names). Six new mind-bending episodes are coming to Netflix later this year (no exact date yet) from showrunner Charlie Brooker.

Here are the episode breakdowns. You’ll notice there are no descriptions, not yet, as Brooker likes to keep his storylines as secret as possible:

Observations (with the caveat that making any assumptions about anything in Black Mirror is foolhardy and likely wrong): The most visually striking entry has to be “USS Callister” which has a decidedly Star Trek-spoof feel with Plemons in the captain’s chair (between CBS All Access’ Star Trek: Discovery and Fox’s The Orville, the Trek-ian space is rather busy this fall). “Hang the D.J.” appears to offer some new technology twist on dating. “Metalhead” has a shot suggesting a robot similar those creepy Boston Dynamics deer-bots running amuck. Foster’s “Arkangel” seems to offer a tech spin on the problem child horror genre. And the others are even more uncertain. Here’s one thing for sure: We’re watching. 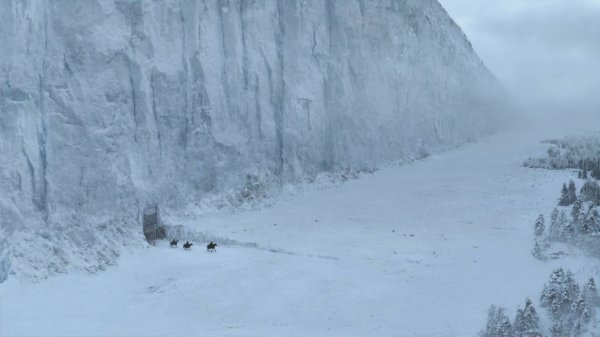 The Wall on Game of Thrones: Breaking Down Its History and Magic
Next Up: Editor's Pick