Insurer Aetna Inc. inadvertently revealed the HIV status of some clients in a mailing about medication for the disease sent to about 12,000 people last month.

The beginning of the letter, informing patients about options under their Aetna plan when filling their HIV prescriptions, was in some cases visible below the person’s name and address on the envelope, through a large plastic window, according to the Legal Action Center and the AIDS Law Project of Pennsylvania, which first revealed the mailing problem.

The insurer, which informed customers of the breach in a second letter and apologized, said some letters may have shifted in the envelope. The company also said that a vendor, which it didn’t identify, was responsible for the July 28 mailing.

Legal Action Center and the AIDS Law Project of Pennsylvania, in a letter Thursday to Aetna, asked the insurer to take “corrective measures” to make sure future breaches don’t happen. The advocacy groups said they were contacted by individuals whose letters had been viewed by family, roommates and neighbors. People with HIV can face “widespread stigma,” including discrimination in employment, housing and education, the groups said.

“It creates a tangible risk of violence, discrimination and other trauma,” Ronda Goldfein, the executive director of the Pennsylvania AIDS group, said in a statement.

In its own statement Thursday, the insurer said it’s starting a full review of its processes.

“This type of mistake is unacceptable,” the company said. “We sincerely apologize to those affected by a mailing issue that inadvertently exposed the personal health information of some Aetna members.” 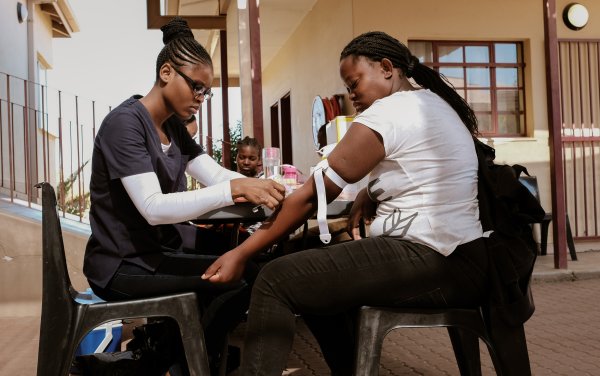 In Addressing HIV, the U.S. Has a Lot to Learn From Namibia
Next Up: Editor's Pick