Following months of debate around the United States, Interior Secretary Ryan Zinke said Thursday he would not be recommending that President Donald Trump eliminate any national monuments, according to the Associated Press. In April, Trump tasked the former Montana congressman with assessing 27 national monuments and deciding whether their boundaries should be shrunk or eliminated. His recommendations were due on Aug. 24.

Zinke told the AP that he would recommend that there be changes made to a “handful” of the monuments, which is likely to lead to litigation that tests the limits of the president’s authority to alter monuments declared by a predecessor. In an interim report, Zinke already recommended that Bears Ears — a controversial monument in Utah declared by Obama in his final weeks in office — be downsized. Environmental groups such as Earthjustice have vowed to sue if Trump acts on that advice.

The national monuments included in the review range from Giant Sequoia groves in California to deserts in New Mexico to the seafloor of the Atlantic Ocean. Presidents may declare land owned or controlled by the federal government to be a monument using the Antiquities Act, so long as that land contains objects of historic or scientific interest. Doing so typically stops economic development, such as mining or logging, on those lands.

The unprecedented review set off controversy in communities from coast to coast, the latest chapter in America’s long history of tension over public lands and private rights. While environmentalists cheered Obama’s designations under the Antiquities Act, Republicans have argued that the act has been overused, stopping development in areas that are much larger than necessary.

“No president should use the authority under the Antiquities Act to restrict public access, prevent hunting and fishing, burden private land, or eliminate traditional land uses, unless such action is needed to protect the object,” Zinke said in a statement.

Zinke determined that the boundaries of “some monuments were either arbitrary or likely politically motivated” or that those lines “could not be supported by science or reasons of practical resource management,” according to the AP.

Zinke declined to tell the AP which monuments he would be recommending be altered. Changes could include shrinking boundaries or changing rules about how people are allowed to use the land. For example, ranchers might have their right to graze cattle on monument lands limited, and Zinke could recommend that the government issue more permits for such activities. In addition to recommending that Bears Ears be shrunk, he has also advised that six monuments remain unchanged.

In announcing the review, Trump framed it as a way of raising up voices of rural Americans and making sure local stakeholders had sufficient say. Though no president has ever attempted to eliminate a national monument declared by a predecessor, presidents have shrunk monuments on several occasions. None of those actions were ever contested in court, however, leaving experts divided about whether Trump indeed has the legal authority to do so. 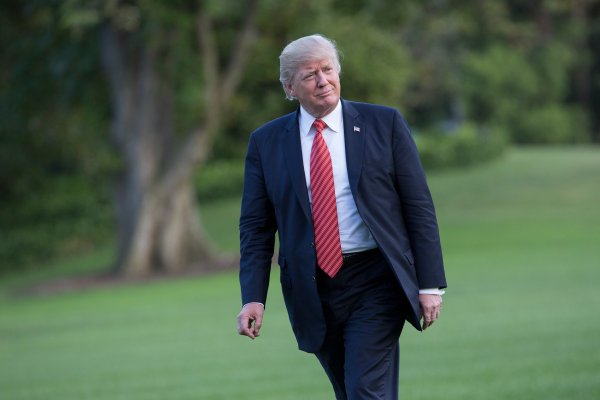