Katy Perry on Ending Feud With Calvin Harris: 'It Was Time to Put All That Behind Us'

Katy Perry recently teamed up with Calvin Harris for his hit song “Feels” but the feelings weren’t always mutual between the two.

The MTV Video Music Awards host recalled her “falling outs” with the DJ and producer about eight years ago during which Perry had been feuding with his ex-girlfriend, Taylor Swift.

Speaking with Ryan Seacrest on his On Air With Ryan Seacrest show Wednesday, Perry explained: “We’d had little falling outs here and there. We’d had some public Twitter spats … Eight years or so had passed. It was time to put all that behind us.”

In 2011, Perry and Harris previously exchanged words on Twitter after Harris pulled out of Perry’s U.K. tour dates. In addition, Perry seemingly responded to drama between Harris and Swift regarding the former couple’s collaboration on his 2016 single “This Is What You Came For.”

During her interview with Seacrest, the “Swish Swish” singer also recalled how their resolution came about.

“We just bumped into each other and he said, ‘I think I have a song that maybe you should come check out,’” Perry added. “I was like, ‘Cool,’ because we had always meant to work together for years and years and years.”

Concluding, “I came to the studio and he played me a bunch of unfinished but really solid moments for his new record. Then he played me this one part for this new song called ‘Feels’ and I was like, ‘Oh yeah.’ This is like my favorite song off the record. I was just down to do it.”

The 2017 MTV Video Music Awards will air live from The Forum in Inglewood, California on Aug. 27. 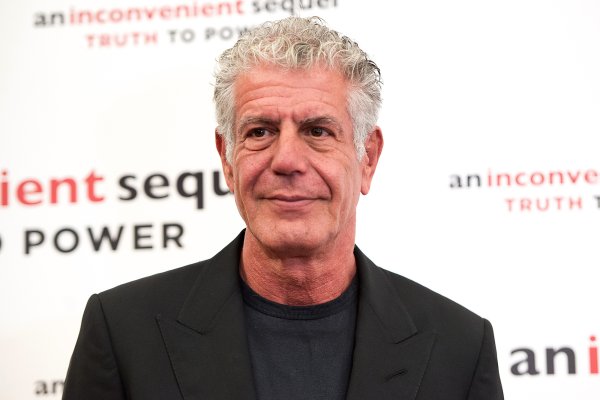 Anthony Bourdain Gets Tattoos Instead of Taking Photos to Capture Moments Forever
Next Up: Editor's Pick