The Wimbledon champion on defeating the Williams sisters, her chances at the upcoming U.S. Open and people staring at her in the street

You’re 23 and have won two Grand Slam titles in two seasons. Serena Williams is taking a break for her pregnancy and nearing the end of her career. Is this your moment?

That’s what everybody’s thinking. But it’s not easy. The more you win, the more expectations people have–they see you as a possible champion everywhere you go. You realize everyone’s watching you and expecting you to win. It’s hard.

You beat Venus Williams in the Wimbledon final in July and Serena in last year’s French Open final. So what’s the secret to taking down the Williams sisters?

[Laughs.] There’s no secret. Just go out there without fear. Yeah, you’re playing one of the greatest tennis players. But don’t feel like you’re not free. You have to focus on the game and forget about the crowd, the match, the opponent. It’s a lot of work to prepare. Once you go out on the court, you have to feel that you did everything you could to be ready.

Has life changed since you won Wimbledon?

The more you’re holding big trophies, the more people recognize you. The good thing is, I play with a visor. When I’m on the street wearing jeans, people are looking at me, doubting. They stare at me and they don’t know. It’s funny. Sometimes I look at them and I’m like, “Why are you staring at me?”

You were born in Venezuela and moved to Spain when you were 6. But people have said you play like you’re Russian. What does that mean?

Women from Eastern Europe and Russia, they’re taller and they hit hard and they’re very aggressive. Spain is completely different. I’m tall [6 ft.] and have long arms and hit the ball hard. So they were calling me the Spanish Russian because they didn’t understand why I was playing like that.

The Grand Slam tournaments now offer equal prize money for men and women. But some smaller events still have a gender pay gap. Should equal pay be mandated?

This opinion is hard, because I feel like no matter what people say, it’s going to be misunderstood. I understand when they say the men’s final is going to attract more people, and maybe a women’s match is not as full. But I think that more and more, it’s getting equal.

Serena Williams won the Australian Open this year while almost eight weeks pregnant. Do you picture yourself playing a tournament while carrying a child?

No. That was very impressive. I think the day I want to become a mom and have a family, I will stop tennis. I don’t think I will handle both things at the same time.

The U.S. Open begins in late August. What’s the most difficult aspect of the tournament?

So are you the favorite?

Oh my goodness. No, not really. People say the last champion’s going to win the next tournament. It’s the classic way to see it. And it never happens. 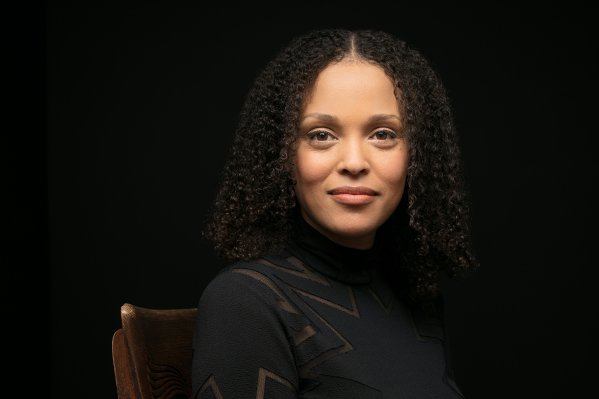 Jesmyn Ward, Heir to Faulkner, Probes the Specter of Race In the South
Next Up: Editor's Pick