Ailing Nigerian President Mohammadu Buhari walks to the presidential lounge on his return back to the country in Abuja, on Aug. 19, 2017.
Sunday Aghaeze—AFP/Getty Images
By Ian Bremmer

It was the best political news story of 2015. When Goodluck Jonathan accepted election defeat at the hands of Muhammadu Buhari, Nigeria–Africa’s largest economy and a country of more than 180 million people–saw its first peaceful transfer of power between rival parties since the country’s return to democracy in 1999. Success wasn’t preordained. Despite the size of its oil-powered economy, Nigeria is still a poor country, its economy is in recession and attacks from extremist group Boko Haram have forced more than 2 million people from their homes over the past eight years. The country is deeply divided: between Christians and Muslims, south and north, haves and have-nots. Buhari’s peaceful victory boosted hopes that Africa’s giant had turned a corner.

Yet tensions persist–and now a mystery illness has made them worse. When Nigeria replaced military rule with democracy 18 years ago, its leaders reached an informal understanding that presidential power would pass in eight-year terms between leaders from the mainly Muslim north and predominately Christian south. But before Buhari’s 2015 victory, northern Muslims had held the highest office for less than three of the previous 16 years, as President Umaru Yar’Adua died in office in 2010. Unfortunately Buhari’s health has also failed him. The President returned home on Aug. 19 after spending more than 100 days in a London hospital, where he received treatment for an illness he has kept secret. This was his second extended absence from governing this year.

It’s not clear whether Buhari will be well enough to seek re-election in 2019, or even finish his current term. Yemi Osinbajo, his capable Vice President, is a southerner and a Christian. This is part of the subtext behind the anxiety created by Buhari’s mystery ailment. “Nigeria’s unity is settled and not negotiable,” the President said on Aug. 21, in response to calls by southern separatists for the country’s breakup.

For economic and security reasons, Africa needs a strong Nigeria. To tackle its own economic and security problems, Nigeria needs a strong President. If Buhari can’t lead his party into the next elections, his choice of successor will matter. Osinbajo has real advantages; he’s been a player in national politics since 2014 and thus is freighted with less baggage than many of his better-known potential rivals. He will benefit if multiple candidates split the northern vote. As acting President during Buhari’s absence, he has reached out to both northern and southern groups. It will help if Buhari endorses him. But will the north accept yet another southern President? If this troubled African power is to continue to rise above its many divisions, it may need to. 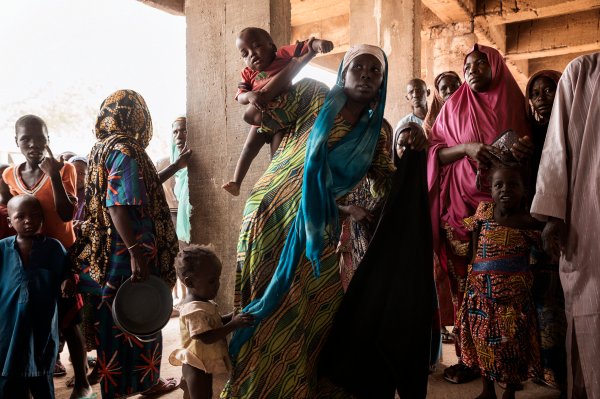 How to Give Nigeria's Moms and Babies a 'Golden Window'
Next Up: Editor's Pick