James Comey can now add “professor” to his resume.

Howard University has appointed the former FBI Director to serve as the Gwendolyn S. and Colbert I. King Endowed Chair in Public Policy for the 2017-2018 academic year. As part of this role, Comey will lead five lectures, although the topic has yet to be announced. He will also serve as the Opening Convocation keynote speaker, welcoming the incoming Freshman class on September 22.

“[Comey’s] expertise and understanding of the challenges we continue to face today will go a long way in sparking rich discussion and advancing meaningful debates across campus,” Howard University President Wayne A.I. Frederick said in a statement.

According to the release from the University, Comey will forego the $100,000 compensation, instead donating it to a scholarship fund for the University dedicated to helping students from foster homes.

“I am honored to hold the King Chair this school year. Howard has a longstanding history of being a vibrant academic community and the perfect place to have rich dialogue on many of the most pressing issues we face today,” Comey said in the statement.

Comey’s tenure at Howard University will coincide with the release of his widely anticipated book, which is expected to be published in the Spring of 2018.

President Donald Trump unexpectedly fired Comey on May 9, citing recommendations from the two top officials in the Department of Justice, Attorney General Jeff Sessions and Deputy Attorney General Rod Rosenstein, based on his handling of the probe into Hillary Clinton’s e-mails.

The termination provoked outrage, particularly given the fact that Comey was overseeing the investigation into possible collusion between the Trump campaign and Russia during the presidential campaign. Trump conceded later that week in an interview with NBC News’ Lester Holt that he had always intended to fire Comey and was frustrated with the investigation. Comey publicly testified about his relationship with Trump before the Senate in June.

Comey’s replacement, Christopher Wray, was confirmed by the Senate and sworn into office earlier this month. 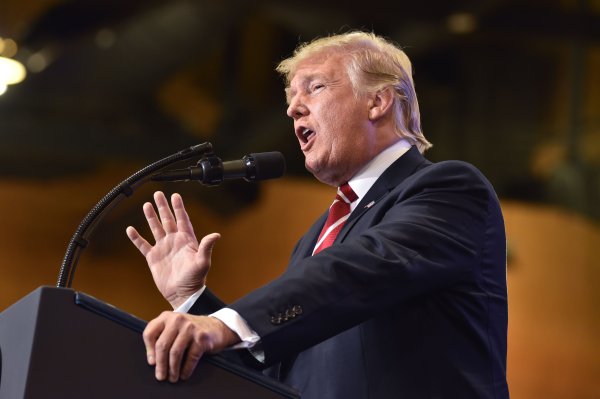 President Trump May Pardon Joe Arpaio. Here's How That Works
Next Up: Editor's Pick