How a Short Meditation Can Help People Drink Less

Just 11 minutes of mindfulness training may help heavy drinkers cut back on alcohol, according to new research in the International Journal of Neuropsychopharmacology. People in the study who listened to short audio recordings drank about three fewer beers than usual over the following week, while those in a control group didn’t change their drinking habits.

The practice of mindfulness involves focusing on what’s happening in the present moment. Unlike other strategies sometimes used to combat unhealthy behaviors or addictions—which often strive to reduce cravings or teach people to ignore them—mindfulness encourages practitioners to acknowledge such cravings and respond with intention.

The downside is that mindfulness-based treatments usually involve many hours of training over several sessions and aren’t readily available to everyone who might benefit from them. Researchers at University College London wanted to see how a very brief intervention—just one informal session lasting a few minutes—might benefit people at risk for problems with alcohol.

They recruited 68 adults who admitted to drinking heavily, but not to the point of having an alcohol-use disorder. Half of them listened to an 11-minute audio recording that taught basic mindfulness strategies, like thinking consciously about one’s feelings and bodily sensations. The recordings told them that by acknowledging these sensations—like cravings, for instance—they could tolerate them as temporary events, without needing to act on them.

The other half participated in relaxation training specifically designed to reduce cravings. After the session, both groups were encouraged to continue practicing the techniques throughout the week.

The study was double-blinded, which means that people did not know which intervention they were receiving. The word “mindfulness” wasn’t used in any recruitment or experimental materials, so people’s assumptions about the technique would not influence their results.

Because the two training sessions were so similar and so brief, the researchers expected to see only a subtle change in drinking reduction and only small differences between the groups.

But the results surprised them. During the following week, the mindfulness group drank 9.3 fewer units of alcohol (equal to about three pints of beer) than they had the week before the study. There was no significant change among people who were taught to relax.

Lead author Sunjeev Kamboj, a reader and deputy director in UCL’s Clinical Psychopharmacology Unit, says that practicing mindfulness can make a person more aware of their tendency to respond reflexively to urges. “By being more aware of their cravings, we think the study participants were able to bring intention back into the equation, instead of automatically reaching for the drink when they feel a craving,” he says.

MORE: Can You Lose Weight On The Mindfulness Diet?

Kamboj and his coauthors hope that heavy drinkers—a group at risk for alcohol addiction and abuse, as well as other unpleasant side effects and chronic health issues—can use mindfulness to reduce their consumption levels before they develop serious problems. They are also exploring whether mindfulness can help people who have other types of substance-use problems. It’s yet not clear whether people have to really want to cut back on drinking or other unhealthy behaviors in order to benefit, he adds.

He also believes that mindfulness can be effective even when practiced informally without committing a lot of time, effort or money. “There are many self-help books, CDs, websites and apps that don’t involve formal face-to-face mindfulness training,” he says, “which our results suggest might be helpful for hazardous—but probably not for more severely affected—drinkers.” 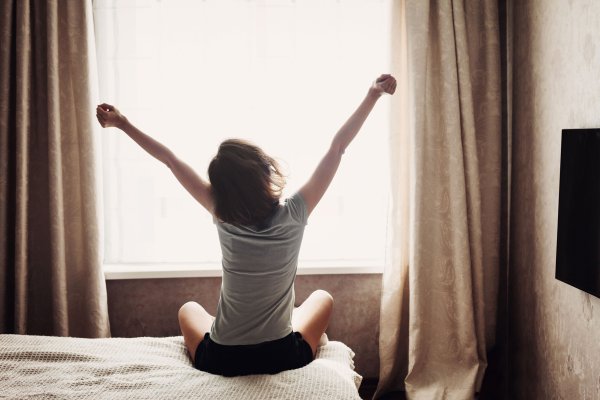 This Is The Best Way to Detox Your Body
Next Up: Editor's Pick