After months of keeping a low profile and a social media blackout that tested the limits of Swifties’ patience, Taylor Swift announced via social media channels today that her sixth studio album, Reputation, would be hitting the market on November 10.

The title seems to be an apt comment on the past year of Swift’s life, which was marked by lots of buzz about her love life and the particularly public flare-up of a longtime feud with rapper Kanye West, which ended in diehard Kimye fans spamming Swift’s social media feeds with snake emojis (which might explain why Swift has been promoting Reputation with creepy, cryptic videos of snakes.)

Needless to say, the Internet had zero chill when it came to the album reveal and promptly took to the web to share their hot takes on Taylor’s new album.

Here’s the album art, title, and release date from Ms. Swift herself.

One fan applauded the moxie it took for Taylor to use this seeming reference to her life.

While another Twitter user hoped that it would stoke the flames of the Kimye-Taylor feud.

Some were fascinated by Taylor’s album art, which was definitely newsworthy.

While others saw the use of gothic font as a darker turn for Taylor.

Others had a more meta interpretation of the art and title. 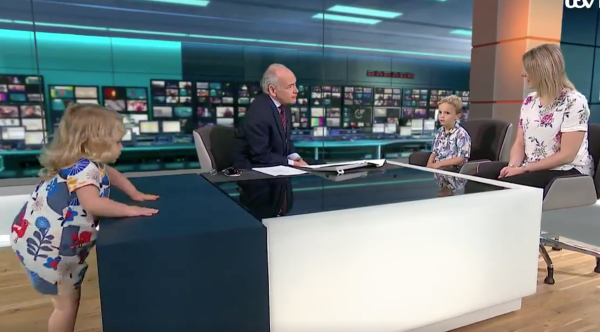 The Internet Is Really Enjoying This Cute Child Who Totally Commandeered an Interview
Next Up: Editor's Pick