The season finale of Game of Thrones is fast approaching and fans are spinning theories about what might happen and where and to whom, faster than in a rapid-fire game of Clue. But A Song of Ice and Fire author George R.R. Martin doesn’t care about your fan theories at all.

Fans may think they know Jon Snow’s origin story or Bran Stark’s future or what is going to happen between the Lannister siblings, but if there’s one person who should actually know what lies in store for the Game of Thrones characters, it’s Martin. He came up with the world of Westeros, after all, but Martin has no idea what will happen on the season finale either, but not for the reason you might think.

In an interview with Metro UK, the author explained how the HBO version and the books differ. “The book series and TV adaptation go their separate ways,” Martin told Metro. “On the screen characters are killed right and left. About twenty of them have died already, which are quite alive to me and will appear in a new book.”

As Martin told TIME in an interview last month, “The show is the show and it’s developed a life of its own at this point. I am involved in the show, of course, and have been since the beginning, but my main focus has got to be the books.”

But fans, like Jon Snow, may not know anything at all about the end game, according to Martin. “Sometimes fan theories of the development of events look very grotesque, sometimes stunningly thought through. But in any case, they do not lead anywhere.”

As for when that book, The Winds of Winter, will be completed, Martin is hopeful for next year, but “is in no rush to hit a particular deadline.” 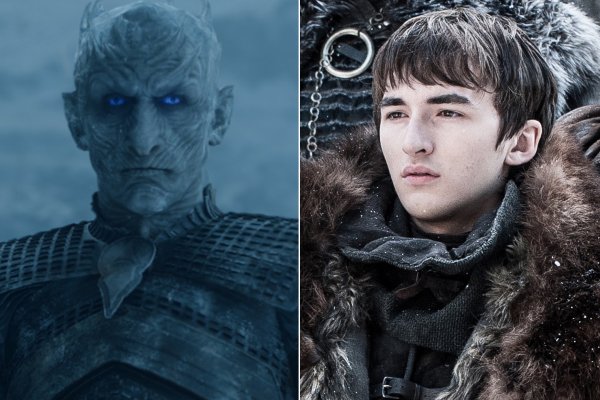 This Tiny Game of Thrones Detail May Confirm a Mind-Blowing Theory About Bran Stark
Next Up: Editor's Pick