Fans of Missy “Misdemeanor” Elliott are petitioning to replace a Confederate monument in her hometown of Portsmouth, Virginia with a statue of the iconic rapper; as of Tuesday, the petition had collected close to 28,000 of its goal of 35,000 signatures.

The petition was started on Change.org by Nathan Coflin, who reasoned that there was no one better to “encapsulate the culture and spirit of the city enshrined in a new monument than Grammy Award winning rapper, dancer, and record producer Missy ‘Misdemeanor’ Elliott.”

Coflin then goes onto point out how Elliott’s start in Virginia led to her success as a musical artist before relying on one of Elliott’s most famous lines to make his point.

“Hailing from humble beginnings as the only child of a power company dispatcher and a welder at Portsmouth’s lauded naval shipyard, she rose to become a platinum recording artist with over 30-million albums sold. All this without even once owning a slave…together we can put white supremacy down, flip it and reverse it. Ycamerpus Etihw!” He then closed with the statement, “Missy is all of us. Missy is everything the Confederacy was not.”

While the petition still needs about 7,000 more signatures to reach its goal, it’s already gotten a co-sign from Elliott herself.

Coflin’s petition follows a series of protests and counter-protests in response to the removal of Confederate monuments across the country; at a protest in Charlottesville, VA., Heather Heyer was killed and 19 others were injured when a man believed to be a white supremacist allegedly drove his car into a crowd of counter demonstrators. 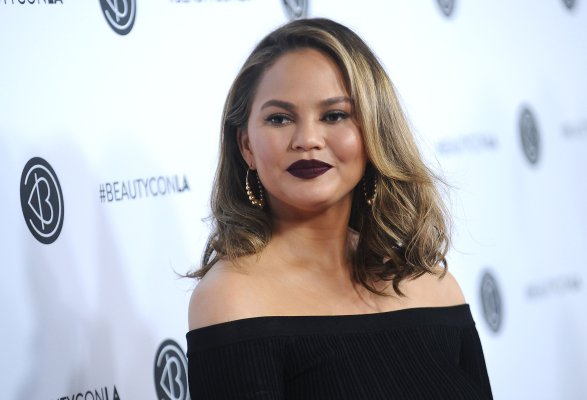 Chrissy Teigen Talks About Her Relationship With Alcohol: 'I Was, Point Blank, Just Drinking Too Much'
Next Up: Editor's Pick