President Donald Trump greets military leaders before his speech on Afghanistan at the Fort Myer military base in Arlington, Virginia, on Aug. 21, 2017.
Mark Wilson—Getty Images
By Melissa Chan

In a televised address to the nation, President Donald Trump said the U.S. military would remain in Afghanistan and that he would be sending more troops there. During his campaign, Trump repeatedly called for U.S. troops to leave Afghanistan. But in his Monday night address, Trump said a “hasty withdrawal” from Afghanistan would “create a vacuum for terrorists.”

Some remains of Navy sailors have been found after a U.S. warship collided with an oil tanker, which resulted in 10 sailors going missing in Southeast Asia, according to the Associated Press. The remains were discovered in a flooded compartment inside the warship, officials said.

A total solar eclipse made American history after it traversed the country from coast to coast, stunning skygazers above and below. If you missed the rare celestial spectacle, you can watch it here in four minutes or wait until 2024 — the next time a total solar eclipse will be visible in America.

A man who authorities believe to be the driver in the Barcelona van attack has been killed.

At least one person is dead after an earthquake hit an Italian resort island.

A train crash in Philadelphia has left 33 people injured.

A Wisconsin teen has pleaded guilty in a stabbing attack inspired by “Slender Man.”

Netflix admitted defeat after losing viewers during the eclipse. 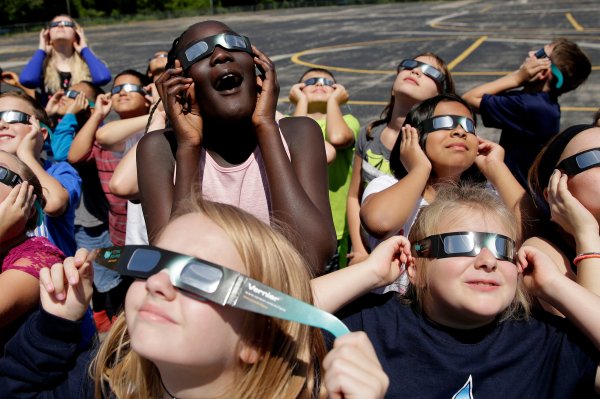