Though he made his name with the China Club and his Shanghai Tang boutiques, the socialite, businessman, restaurateur, and Financial Times columnist Sir David Tang, who has died at the age of 63, was neither Chinese nor Shanghainese but entirely a creature of Hong Kong — and exquisitely so.

Only a Hongkonger, drawing on the amalgam of British and Cantonese cultures that separates the city from its communist hinterland, would have seen no contradiction in loafing about in a silken mien lap while speaking English in an accent of purest Oxbridge. Only a Hongkonger could have stuck a Mandarin collar on a polo shirt, imbued it with pre-revolutionary chic, and then sold it to the world under the logo of a red, communist star.

On account of his Hong Kong-born grandfather Sir Tang Shiu Kin — the founder of one of the city’s two main bus companies — the Tang name is well known locally. The philanthropic old man endowed a hospital and a school, raised funds for the School of Chinese Studies at Hong Kong University, and gave freely to clinics and health centers.

David Tang worked for his grandfather for a time, but quickly left to start his own ventures and first came to public prominence in 1991 with the opening of the China Club — a private members’ club on the top three floors of the old Bank of China Building in downtown Hong Kong. It is hard to overstate the sensation the club caused at its launch. During the communist riots of 1967, the building in which the club was housed was a nest of leftist spies. Speakers mounted on its exterior blared Maoist propaganda and incitements to revolution (prompting the colonial authorities to retaliate with Gilbert and Sullivan operettas, played from speakers mounted on the walls of the nearby Hong Kong Hilton).

Converting the building’s upper stories into an exclusive aerie, where foreign financiers dined and drank beneath a mixture of modern art and Maoist iconography, was an audacious coup. But more importantly, the way Tang curated the club’s fittings and interiors helped to create a new design language. The dilettante now recognizes it as contemporary Chinese — the forerunner of everything from Hakkasan to the Buddha Bar — but at the time it was a startling novelty.

Sir David Tang is knighted by the Queen at Buckingham Palace in February 2008.
Lewis Whyld—PA Images via Getty Images

In the China Club, Tang referenced the Art Deco solidity of the Bund, added the antimacassars and enamel spitoons so beloved of Chinese communist meeting rooms, threw in the lurid pinks and greens of Chinese folk art (they remain the house colors of Shanghai Tang to this day) and ticked the colonial box by installing Winston Churchill’s old, horsehair-stuffed sofa in the club’s library, which was lined with leather-bound books on old China. In the bathrooms, guests were offered not foreign cologne but bottles of Two Girls Florida Water — a 19th century Hong Kong preparation sold simultaneously as a fragrance, bath oil and mosquito repellent, and which can still be bought on the streets of Kowloon for less than $10.

If Hong Kong was astonished, foreigners were more so (it is often true that on any given night the majority of the guests at the China Club are anything but Chinese). Here was the syncretic style of old Hong Kong refined for an international audience. Tang nimbly carried the idea through to his fashion chain Shanghai Tang, named not for anything to do with Shanghai but for the idea of 1920s Shanghai that lives on in the foreign imagination — a place of qipao-clad dance hostesses and drinks at the Astor Hotel.

In the 1990s and years following, Shanghai Tang’s success made its founder into Hong Kong’s first internationally recognized socialite and an unofficial ambassador — a sort of debonair Brand Hong Kong, bestriding the international party circuit with Sarah Ferguson on his arm here, Kate Moss on his arm there, waving a cigar while being photographed in the company of a Rolling Stone or a Hollywood great.

In many of these images, he is clad in the traditional attire of the Hong Kong gentleman that he was. Indeed, one of Tang’s final columns for the FT — a meditation on super yachts published on August 16 — begins with a wistful reference to his Hong Kong boyhood and his memories of taking the Star Ferry across Victoria Harbour.

Nevermind Shanghai Tang. He was Hong Kong Tang to the last. 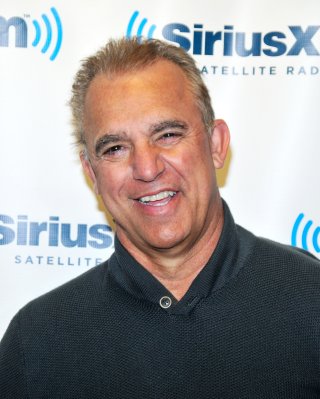 Cheers Actor and Comedian Jay Thomas Dies at 69
Next Up: Editor's Pick