In a Monday, Feb. 20, 2017 file photo, Anissa Weier, 15, appears in court in Waukesha, Wis. Weier, one of two Wisconsin girls charged with repeatedly stabbing a classmate to impress the fictitious horror character Slender Man, pleaded guilty Aug. 21, 2017, to attempted second-degree homicide as a party to a crime, with use of a deadly weapon.
Michael Sears—Milwaukee Journal-Sentinel/AP
By Katie Reilly

One of the Wisconsin teens accused of repeatedly stabbing a classmate in order to impress the fictional internet character known as “Slender Man” pleaded guilty on Monday to attempted second-degree homicide as a party to a crime with use of a deadly weapon.

“I believed that if I didn’t go through with it, Slender Man would come and attack and kill myself, my friends and my family. Those I cared about the most,” Anissa Weier, 15, said in court on Monday, according to the Associated Press.

Weier and the other suspect, Morgan Geyser, were both 12 in 2014, when they are accused of attacking Payton Leutner in a park in Waukesha, Wisc., after a sleepover. Leutner, who was also 12 at the time, survived the attack.

Geyser has pleaded not guilty by reason of mental disease, the AP reported. Weier will face a trial next month that will determine whether she is not guilty because of mental illness. Based on the finding, Weier could face three years in a mental hospital or up to 10 years in prison. 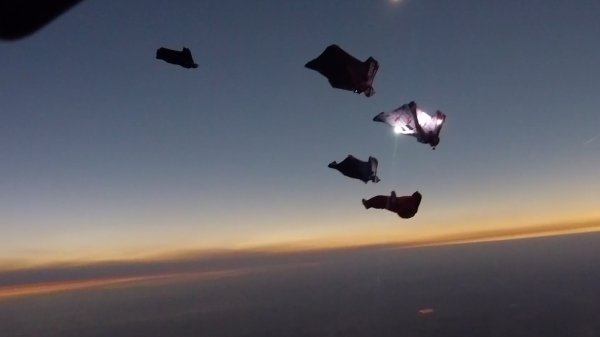 This Video of Skydivers Plunging Through the Solar Eclipse Is Insane
Next Up: Editor's Pick