Last week, Taylor Swift wiped her entire social media and digital presence clean. No website, no Tumblr, no more wholesome celebrity friend Instagrams, not even a profile photo on her Facebook page. The move came just a few days after a judge threw out a lawsuit filed against her by a Denver DJ and a jury decided that he had, contrary to his claims, groped her four years ago before a concert.

But on Monday at 11:00 a.m. EST, the pop idol shared one cryptic piece of content on Twitter, Instagram and Facebook: a dark, glitchy, ten-second video of what appears to be an unfurling snake or other animal tail. Some even speculate it could be a dragon; the Internet is at pitch Game of Thrones fever, after all.

As could be expected, fans erupted into curiosity, confusion and anticipation over the latest tidbit. Swift’s most recent music release was back in January, the Fifty Shades Darker single “I Don’t Wanna Live Forever” with Zayn. Her last album, 1989, came out in 2014. Since 2016, Swift’s spare social media presence and lack of new music broke a consistent every-other-year album release cycle, although she did upload her catalogue to music streaming services this summer. As a result, fans are chomping at the bit for Swift to return to the spotlight, and many are taking this video as a sign that the comeback is imminent. 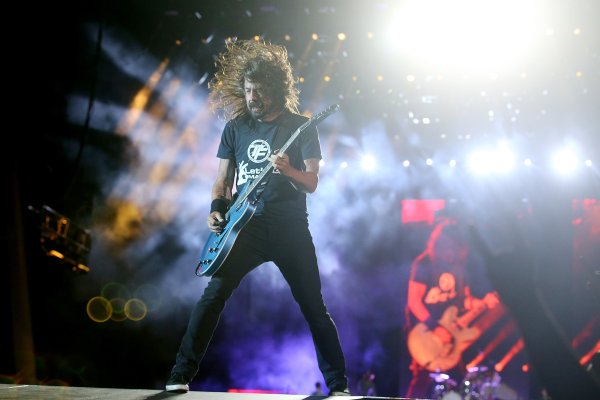 The Foo Fighters Teamed Up With a Special Guest to Rick Roll An Entire Crowd
Next Up: Editor's Pick