With all eyes on the total solar eclipse of our time, companies are racing to cash in — and two snack cakes have gone tweet-to-tweet in the battle for the title of the official eclipse dessert.

This good old rival business battle began early Monday morning, when a Hostess Twitter account informed the Internet of its official news. As Hostess put it, its chocolate frosted yellow cupcake with its unmistakable squiggle of icing is the one and only snacking option for eclipse viewing.

And so it was on.

Roughly one hour after Hostess anointed itself with this official status, Moon Pie — the round dessert with two round graham cracker cookies filled with marshmallow and dipped in chocolate — got territorial.

Moon Pie was clearly not having it. But instead of detailing the ways in which Moon Pie was the more fitting dessert, Moon Pie’s social media account simply clapped back with an “lol ok” to dispute this. While there’s no official sugar fix for Monday’s big event, in fairness, its pie does have “moon” in the name.

The internet was quick to react.

Moon Pie has been on the defensive:

But got some help from high places.

Where you stand on this debate about which chocolate cakes are the more celestial will determine the life path you take forever.

Hostess had an idea: combine superpowers for a total eclipse of the treat. 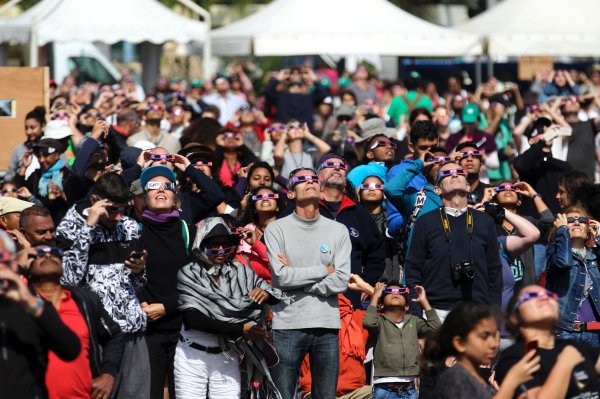 How to Watch the Solar Eclipse Without Glasses
Next Up: Editor's Pick