Your Cell Phone Is 10 Times Dirtier Than a Toilet Seat. Here's What to Do About It

Most people don’t give a second thought to using their cell phone everywhere, from their morning commute to the dinner table to the doctor’s office. But research shows that cell phones are far dirtier than most people think, and the more germs they collect, the more germs you touch.

In fact, your own hand is the biggest culprit when it comes to putting filth on your phone. Americans check their phones about 47 times per day, according to a survey by Deloitte, which affords plenty of opportunities for microorganisms to move from your fingers to your phone.

“Because people are always carrying their cell phones even in situations where they would normally wash their hands before doing anything, cell phones do tend to get pretty gross,” says Emily Martin, assistant professor of epidemiology at the University of Michigan School of Public Health. Research has varied on just how many germs are crawling on the average cell phone, but a recent study found more than 17,000 bacterial gene copies on the phones of high school students. Scientists at the University of Arizona have found that cell phones carry 10 times more bacteria than most toilet seats.

Human skin is naturally covered in microbes that don’t usually have any negative health consequences, and that natural bacteria, plus the oils on your hands, get passed on to your phone every time you check a text or send an email. It follows that most of the organisms found on phones are not pathogens that will make you sick, Martin says. Staphylococcus might be present, for example, but it’s not typically the kind that will give you a staph infection.

But some bacteria should concern you. “We’re not walking through a sterile environment, so if you touch a surface there could be something on that,” says Susan Whittier, director of clinical microbiology at New York-Presbyterian and Columbia University Medical Center. “There are lots of environmental contaminants.”

Studies have found serious pathogens on cell phones, including Streptococcus, MRSA and even E. coli. Just having these microbes on your phone won’t automatically make you sick, Whittier says, but you still don’t want to let them enter your system. Viruses can also spread on phones if one person is sick with strep throat or influenza and coughs on their cell phone before handing it off to a friend.

Fortunately, there are easy ways to avoid some germs. One of the worst places to use your phone is in the bathroom, Martin and Whittier both agree. When toilets flush, they spread germs everywhere, which is how phones end up with fecal bacteria like E. coli. “Taking a cell phone into the bathroom and then leaving with it is kind of like going in, not washing your hands and then coming back out,” Martin says. “It’s the same level of concern.”

MORE: Subways Are Full of Bacteria But Don’t Freak Out

Keeping your phone out of the bathroom will help, but if you want to clean your phone, a few different methods will work. Many people just wipe their phones with a soft microfiber cloth, which will remove many of the germs. For a deeper clean, Whittier recommends using a combination of 60% water and 40% rubbing alcohol. Mix the ingredients together, and then dip a cloth in the solution before wiping it gently across your phone. Unless you’re sick, doing this a few times each month is plenty, Whittier says. Stay away from liquid or spray cleaners, which can damage your phone.

Still, the best advice has more to do with you than the phone. Wash your hands several times a day, the experts say, and you’ll likely be just fine. 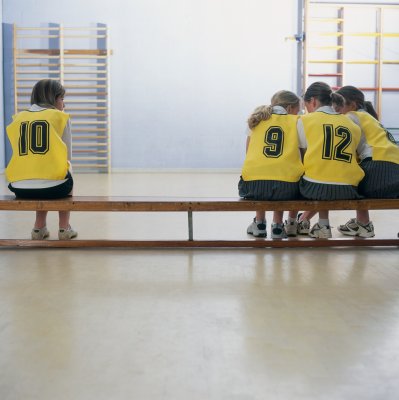 Here's What Worries Parents As Kids Head Back to School
Next Up: Editor's Pick