The total solar eclipse could cost employers in the U.S. nearly $700 million in lost productivity, according to a recent analysis.

Millions of Americans will mark a historic moment Monday when a total solar eclipse sweeps across the country from coast to coast. The rare celestial spectacle can only be seen in America, along a 70-mile-wide band that starts in Oregon and ends in South Carolina.

The entire event will be over in less than two hours, and totality is expected to last less than three minutes in each place it’s visible. But the magnitude of Monday’s midday eclipse is enough to cost $694 million in disrupted productivity, according to an analysis by Challenger, Grey & Christmas, a law firm that regularly estimates lost productivity around the NCAA’s March Madness.

The law firm used data from the Bureau of Labor Statistics and calculated average hourly wage data and the number of full-time employed workers 16 and over to come up with its results.

It found that the areas, particularly busy cities, along the eclipse’s path of totality could see almost $200 million in lost productivity. The total eclipse will touch parts of 14 states, beginning in Lincoln Beach, Ore. at 10:16 a.m. PST and concluding near Columbia, S.C. at about 2:44 p.m. EDT. All of North America will see a partial solar eclipse. 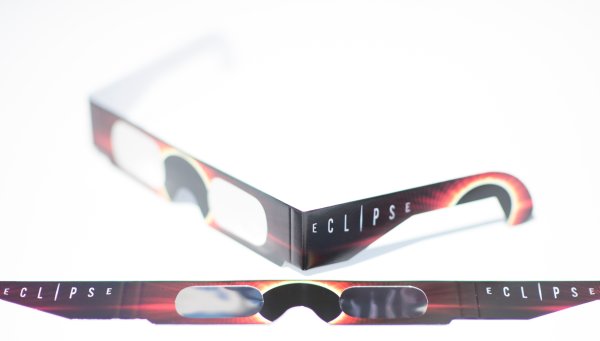 Coffee Chain in Eclipse’s Path Recalls Safety Glasses After Giving Them Out for Free
Next Up: Editor's Pick