Why President Trump is Staying in Afghanistan

President Trump formally announced that he would boost American troop levels in Afghanistan, becoming the third consecutive president to do so and reversing a campaign pledge to pull U.S. troops from the country. Trump’s opening effort to use an appeal to patriotism to clean up his unforced errors in response to Charlottesville proved to be a poignant—and politically savvy—moment. But Trump’s efforts to clearly define victory in Afghanistan fell into the same traps as his predecessors, laying the groundwork for a continued American military presence in Afghanistan, with no end in sight. But it was still the least-worst option available to him, experts said.

Trump’s first primetime address to the nation was a culmination of the most deliberative policy review of his disorganized presidency—an exception to the reigning chaos that highlighted the importance of order. It was no doubt a strong night for the president, who flexed his commander in chief credentials so publicly for the first time, but it would be premature to expect it to be part of a broader shift. Trump will be rallying his supporters in Phoenix Tuesday evening, where his more familiar combative style will almost certainly be on display.

We’ve been off following the eclipse, so a few quick words about Steve Bannon’s Friday departure from the White House: The ousted White House chief strategist was out of allies in the West Wing, with the president coming to view him as a distraction. But Trump’s instincts share more with Bannon’s worldview than nearly all of his remaining advisors. The Afghanistan decision proved that Trump could set those gut feelings aside—but that will likely continue to be the exception, rather than the rule.

Business worries about the debt ceiling. The deconstruction of the administrative state continues. And Trump considers backing off another campaign pledge.

GOP on Eggshells as Trump Storms Into Phoenix
A sustained attack on vulnerable Sen. Jeff Flake could rupture the president’s relationship with his party [Politico]

Is Anybody Home at HUD?
A long-harbored conservative dream — the “dismantling of the administrative state” — is taking place under Secretary Ben Carson. [ProPublica]

“We are not nation-building again. We are killing terrorists.” — President Trump in remarks on Afghanistan Monday night

“But Pakistan has also sheltered the same organizations that try every single day to kill our people. We have been paying Pakistan billions and billions of dollars at the same time they are housing the very terrorists that we are fighting. But that will have to change, and that will change immediately. No partnership can survive a country’s harboring of militants and terrorists who target U.S. servicemembers and officials. It is time for Pakistan to demonstrate its commitment to civilization, order, and to peace.” — Trump issuing a warning to Pakistan

U.S. troops and contractors in Afghanistan by year [Axios]

Mnuchin’s Wife Is Paying Her Own Way on Treasury Trips, Official Says [Bloomberg]

America Is Out of Ideas in Afghanistan [Politico] 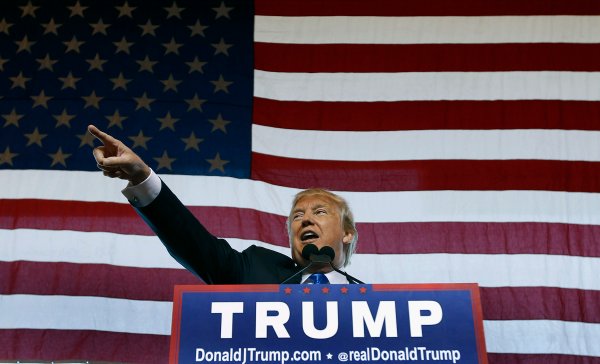