The Foo Fighters, who were headlining Tokyo’s Summer Sonic festival, brought a meme to life on Sunday when they invited 80’s pop icon Rick Astley onstage to sing a grunge version of his “Never Gonna Give You Up.”

“We just learned this today. Ladies and gentleman, would you please welcome our new best friend, Rick Astley,” Foo Fighter’s frontman Dave Grohl told the audience before the British pop-star appeared on stage. “This is f**king crazy. I just met him two minutes ago” Grohl said.

“Come on you motherf—kers” yelled Astley as the band began to play the instrumental version of Nirvana’s “Smells Like Teen Spirit.” He then “Rick Rolled” the audience by singing his own lyrics to “Never Gonna Give You Up” over the music. You can watch the clip below. Warning: Adult language.

Rick Rolling is an internet meme, which started around 2007, where a prankster creates a fake link leading viewers to the music video for Astley’s 1987 hit. 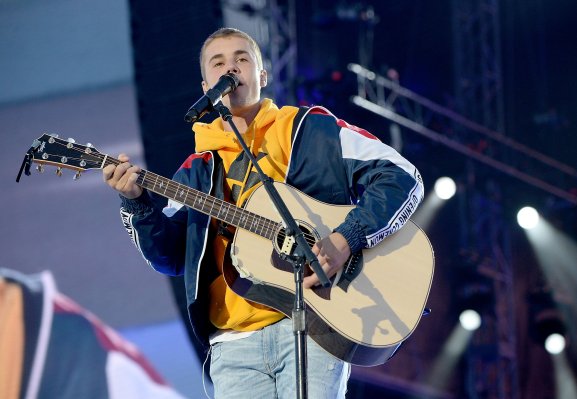