The bell inside London’s most famous clocktower, Big Ben, rang one last time at noon on Monday before it fell silent for essential repair works.

The world famous bell was supposed to have gone unrung until 2021 to protect the ears of those carrying out works on the building, but some British politicians have complained that health and safety rules have obscured a symbol of British resilience.

Steve Pound, a member of parliament (MP) for the opposition Labour Party, told one British newspaper: “They kept the bells tolling through the Blitz. The Luftwaffe could not stop it but health and safety has. There has to be a way around.” Ex-minister and Conservative MP Shailesh Vara said: “I would have thought some compromise could have been reached to ensure this iconic bell’s presence.”

British Prime Minister Theresa May urged last weekend for the restoration plans to be reviewed after saying that “it can’t be right” for the famous chimes to go unheard for four years. It’s likely the bell will be hauled out of retirement to sound on special occasions like New Years Eve.

Around 20 British politicians gathered outside the building, along with hundreds of tourists and Londoners, as Big Ben chimed for the last time before restorations begin.

Some lawmakers in Parliament were critical of colleagues making a fuss over the bell going silent. Jess Phillips, another Labour MP, tweeted to say that she hoped her fellow lawmakers might think about “how ridiculous we look.” Conor Burns, a Conservative lawmaker, told BBC Radio 4’s Westminster Hour: “I think when you see the footage tomorrow of our colleagues who gather at the foot of Big Ben you will not see too many colleagues who have careers ahead of them.” 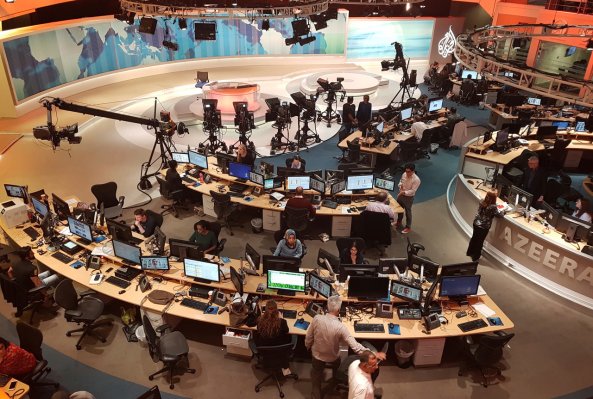 Can Al Jazeera Survive the Gulf Crisis?
Next Up: Editor's Pick