You Can Finally Preorder the Xbox One X From These Places

As expected, Microsoft divulged Xbox One X preorder details during a livestream prelude to the annual Gamescom show in Cologne, Germany. The $499 super-powered Xbox One games console, capable of running games at up to 4K native resolution, launches worldwide on November 7.

The version you can preorder now is called the Xbox One X Project Scorpio Edition. It’s still $499 with a 1 terabyte hard drive, but Microsoft describe this as a limited edition console with a custom design: the words “Project Scorpio” (the system’s pre-unveiling codename) emblazoned on both the console and included gamepad, as well as a “sophisticated and dynamic graphic pattern” across the system exterior.

“Get Xbox One X Project Scorpio Edition before it’s gone forever,” reads the marketing teaser—there’ll be a standard $499 version at some point down the road, in other words. But Microsoft says the limited edition will only be available until supplies run out.

Preorders are officially open effective immediately from the following outlets.

The company also announced a pair of Xbox One S systems with game pack-ins: an Xbox One S Shadow of War Bundle with a 1 TB (for $349) or 500 GB (for $279) hard drive as well as the upcoming Middle-earth: Shadow of War action roleplaying game, and an Xbox One S Minecraft Limited Edition Bundle (the whole thing’s painted to look like a custom grass block from the game, includes a Creeper gamepad, Minecraft system sounds, a vertical stand and a transparent underside with Redstone accents).

And if you just want a closer look at the Xbox One X Project Scorpio Edition, here’s Microsoft unboxing one. 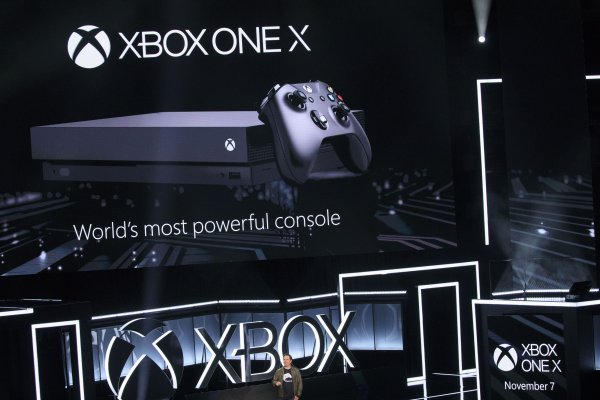 Xbox One X Preorders Are Coming This Weekend
Next Up: Editor's Pick