President Donald Trump and First Lady Melania Trump have decided not to attend the Kennedy Center Honors in December after several honorees said they would boycott the annual event due to Trump’s politics.

The Trumps will not participate “to allow the honorees to celebrate without any political distraction,” White House press secretary Sarah Huckabee Sanders said in a statement Saturday morning, according to the Washington Post.

Cuban-American singer Gloria Estefan said she would attend in hopes of swaying Trump’s stance on immigration. Rapper LL Cool J rounds out the five and has not yet commented on the matter.

The first family typically attends the ceremony every year. But backlash over the way Trump handled a violent white nationalist rally in Charlottesville, Va., last weekend has prompted the boycott threats.

At a press conference Tuesday, Trump doubled-down on his view that “both sides” were responsible for clash, which led to the death of one counter-protester. Condemnation immediately followed from Republican and Democrat politicians alike, as well a number of business leaders and prominent celebrities.

“In light of the socially divisive and morally caustic narrative that our current leadership is choosing to engage in, and in keeping with the principles that I and so many others have fought for, I will be declining the invitation to attend the reception at the White House,” de Lavallade said in a statement Thursday, the Post reports.

Sanders said that the Trumps “extend their sincerest congratulations and well wishes to all of this year’s award recipients for their many accomplishments” in a White House statement.

The Kennedy Center Honors will take place Dec. 3 and will be broadcast Dec. 26. 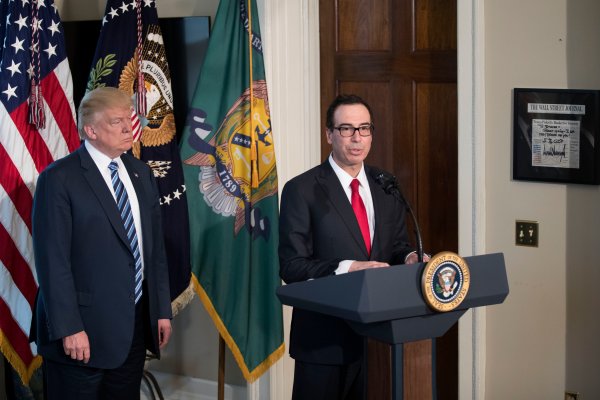 Mnuchin's Yale Class Wants Him to Resign Over Trump
Next Up: Editor's Pick