Candidate Trump Said He Would Take Down a Confederate Flag

President Trump incited controversy this week when he said that removing “beautiful” Confederate statues would tear apart American “history and culture.” But two years ago, he struck a very different tone.

When he was still running for president in June 2015, Trump was asked whether or not the Confederate flag flying above the South Carolina state house needed to be taken down. “I think it probably does, and I think they should put it in the museum,” he replied. “Let it go. Respect whatever it is you have to respect because it was a point in time, and put it in a museum. But I would take it down, yes.”

That contrasts sharply with Trump’s statements this week about symbols of the Confederacy in the wake of the violence in Charlottesville.

“Sad to see the history and culture of our great country being ripped apart with the removal of our beautiful statues and monuments,” Trump said in a series of tweets on Aug. 17. “You can’t change history, but you can learn from it. Robert E Lee, Stonewall Jackson – who’s next, Washington, Jefferson? So foolish! Also the beauty that is being taken out of our cities, towns and parks will be greatly missed and never able to be comparably replaced!” 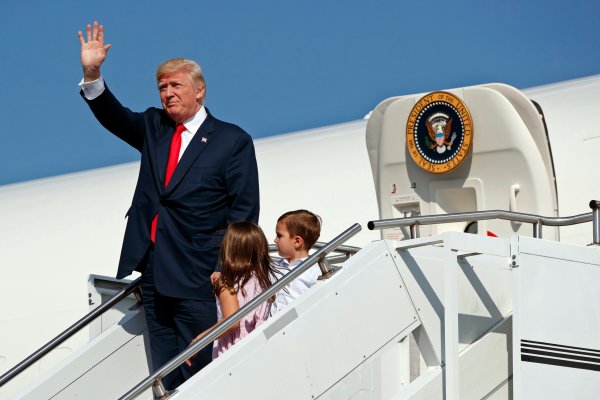 From Charlottesville to North Korea to Steve Bannon, Everything That Happened on Trump's 'Working Vacation'
Next Up: Editor's Pick