Mitt Romney wrote a passionate criticism of President Trump’s response to Charlottesville, saying he must apologize. Romney called this a “defining moment” for Trump’s presidency.

“Whether he intended to or not, what [Trump] communicated caused racists to rejoice, minorities to weep, and the vast heart of America to mourn,” former Massachusetts Governor Romney wrote in a Facebook post Friday morning. “The president must take remedial action in the extreme. He should address the American people, acknowledge that he was wrong, apologize. State forcefully and unequivocally that racists are 100% to blame for the murder and violence in Charlottesville.”

Romney joins a growing chorus of Republicans denouncing Trump for his delay in condemning racism after white nationalist rallies in Virginia turned violent and his statement that there is “blame on both sides” for the violence.

“[He should] testify that there is no conceivable comparison or moral equivalency between the Nazis–who brutally murdered millions of Jews and who hundreds of thousands of Americans gave their lives to defeat–and the counter-protestors who were outraged to see fools parading the Nazi flag, Nazi armband and Nazi salute,” Romney wrote. “This is a defining moment for President Trump.” 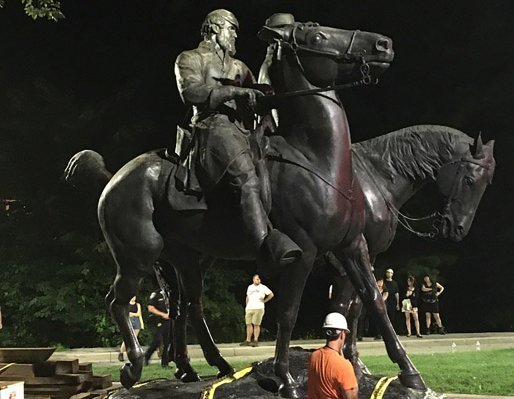 Trump Draws Criticism From Republicans
Next Up: Editor's Pick