Jaime Lannister Has the Most Ridiculous Explanation for That Cliffhanger

If you were one of the Game of Thrones fans wondering how Jaime Lannister made it out of the water alive, he has a hilarious explanation.

In the final moments of “The Spoils of War,” before the dragon could roast Lannister to death, Bronn saved his life by pushing him into the surprisingly deep river. The last we see of Jaime by that episode’s end, he’s sinking, leading some fans to speculate he was a goner.

Enter Bronn and his very modern side hustle.

“What you didn’t know, and I think Bronn should have [said], he was for years working on the beaches outside King’s Landing as a lifeguard,” Nikolaj Coster-Waldau, the actor who plays the lord, joked to Huffington Post Thursday. “He was like an expert swimmer and he won the Westeros 1000 meter. So he’s pretty cool.”

Creating that scene wasn’t a fun dip either. In fact, Coster-Waldau said it was probably the “worst day of shooting” in his life. Take a deep breath, and read what he had to say about filming in the Belfast, Ireland, pool.

“As you know, [Jaime] falls into the water and he sinks, and we shot for a whole day and it was 15 feet I had to float down,” he said. “It just triggered all my claustrophobia. I was like, ‘are you sure we have to do this?'”

Rest assured, he was able to signal to a safety diver when he needed some air. The moral of this story: swim near a lifeguard, and you’ll be fine. 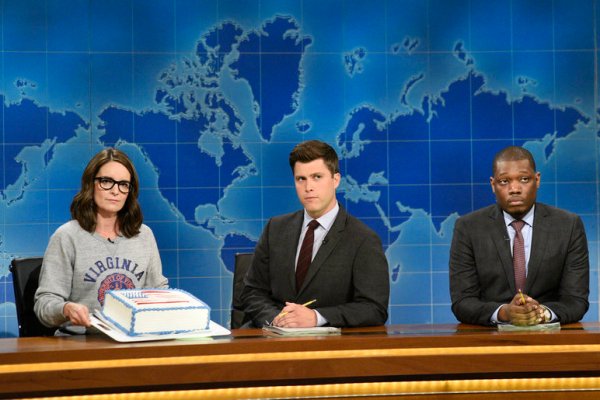 Tina Fey Returns to SNL With Her Own Charlottesville Coping Strategy: Sheet Cake
Next Up: Editor's Pick