A Leading Elephant Conservationist Has Been Murdered in Tanzania

Police in Tanzania have launched an investigation into the murder of a leading elephant conservationist who was shot dead in Dar es Salaam. He had received numerous death threats in connection with his anti-poaching initiatives.

Wayne Lotter, 51, was killed by unknown gunmen in the Tanzanian capital as he travelled by taxi from the city’s airport to his hotel, the Guardian reports. The PAMS Foundation, the NGO Lotter co-founded, supports conservation and anti-poaching efforts in communities across Africa.

“Wayne devoted his life to Africa’s wildlife. From working as a ranger in his native South Africa as a young man to leading the charge against poaching in Tanzania, Wayne cared deeply about the people and animals that populate this world,” the PAMS Foundation team said in a statement posted to Facebook. “He died bravely fighting for the cause he was most passionate about.”

PAMS has protected 32,000 elephants and confiscated more than 1150 firearms, according to its website. It also funds and supports Tanzania’s National and Transnational Serious Crimes Investigation Unit (NTSCIU), the body behind the arrest of “Queen of Ivory” Yang Feng Glan and several other high profile ivory poachers and traders.

African elephant populations shrunk by an estimated 30% between 2007 and 2014, according to the latest elephant census data. Lotter had previously said that the NTSCIU — which has arrested more than 2,000 poachers and traffickers since 2012 — had helped halve poaching rates in Tanzania. 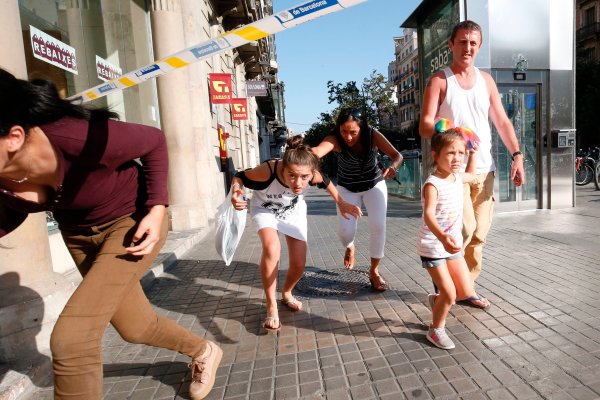 Why Spain Has Once Again Become a Target for Jihadists
Next Up: Editor's Pick