Education Secretary Betsy DeVos on Thursday condemned the white supremacist rally in Charlottesville, Va., as “cowardly, hateful and just plain wrong” after President Donald Trump said “both sides” were to blame for the violence.

“There is fear, pain, anger, disappointment, discouragement and embarrassment across America, and I know, too, here within the Department,” DeVos wrote in the memo, which was published by Politico.

“Last weekend’s tragic and unthinkable events in Charlottesville, which stole three innocent lives and injured many more, were wholly unacceptable. The views of white nationalists, neo-Nazis and other racist bigots are totally abhorrent to the American ideal. We all have a role to play in rejecting views that pit one group of people against another. Such views are cowardly, hateful and just plain wrong.”

She criticized “hate-filled conversations” that have “reopened hurtful wounds from shameful portions of our nation’s past.”

DeVos did not mention Trump, who this week defended some of the participants in the white supremacist rally and said “both sides” were responsible for violence that left one counter-protester dead. On Thursday, Trump said it was “sad” to see the removal of “our beautiful” Confederate statues and monuments in the wake of the Charlottesville clashes.

“Our own difficult history reminds us that we must confront, head-on, problems when and where they exist with moral clarity and conviction,” DeVos said in the memo. “Our nation is greater than what it has shown in recent days.” 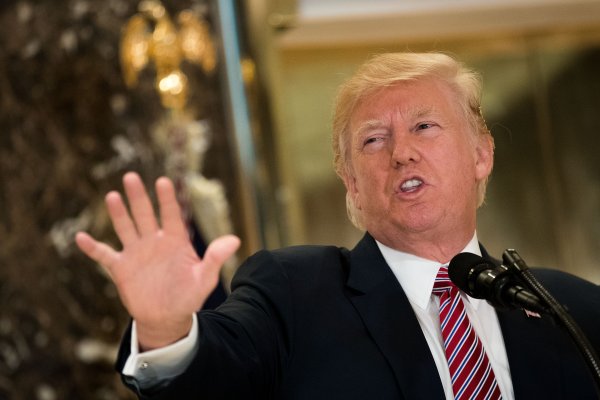 Prominent Supporter of President Trump Admits He Regrets His Vote
Next Up: Editor's Pick