Help! My Son Confuses Me With Amazon's Alexa

Last week, when asking for a cup of yogurt, my three-year-old son called me Alexa.

It’s a funny, modern problem to have your child mistake you for a disembodied A.I. voice—in this case, the one powering Amazon’s Echo family of devices. But it’s also a good example of what it’s like living in a home powered by a smart speaker. Too busy to lift a remote, we bark commands into the void expecting something to respond. Maybe it does. But on occasion there’s no reply: The lights don’t turn on. Your favorite song doesn’t play. You get no yogurt.

Using a voice assistant to run your home feels beamed-in-from-Star Trek cool, making mundane actions magical. You can voice-toggle your lighting, conjure your favorite Beatles’ tunes or have your sprinkler system douse the lawn on command. When I get home from a run, Siri unlocks the door for me. While I’m cooking dinner, Alexa pulls together peppy playlists. In my office, I ask “Okay Google, what’s my day like?” and a little Moneypenny on my bookshelf fills me in.

But life with this technology can also be a comedy of ghostly errors. As I write this, an Ed Sheeran song begins randomly playing in my house. I’m home alone. My wife intended to play it in her car, but her Spotify account is linked to our Amazon Echo smart speaker. So instead of playing on her car’s audio system, “Castle on the Hill” is blaring in our suburban Portland home.

Some of that’s just raised expectations crashing into reality. On a recent sweltering day, I was closing my bedroom windows so I could turn on the air conditioning. I asked Alexa to turn on the ceiling fan and then stopped, laughing—not because my Echo couldn’t hear me, but because my fan is dumb. It’s not Alexa compatible, and never will be.

It’s a schizophrenic kind of reality, living with one foot in the future and the other in the past. I’d gotten used to bossing Alexa around in my kitchen, and I transferred that knowledge to the bedroom, a serene space where we try to keep gadgets out of sight. I was effectively a guy in the early 1900s flipping a light switch to snuff out a gas lantern.

Ironically, part of what’s missing from these half-baked voice-controlled scenarios may involve another kind of switch—specifically the newfangled Eufy Smart Switch by Anker. With an embedded microphone, speaker and wireless connectivity, the Smart Switch will place Amazon’s voice assistant technology in any room, without the need for wall plugs or smart speakers. When it launches in October, the $29 Eufy switch will let users summon news briefs, buy vitamins online, or even hail an Uber with Alexa voice commands. And yes, the Smart Switch can turn lights on and off in a pinch.

That last point may sound like a joke, but controlling smart bulbs with voice assistant platforms—the smart home’s neatest trick—can be a temperamental headache. It’s wizardly when it works, but maddening when it doesn’t. And that it sometimes doesn’t work as reliably as physical light switches illustrates how far the technology has to go before it becomes mainstream.

At this point, controlling a smart home with your voice can feel like you’re waging a battle for basic consistency. When I ask Alexa to turn on the kitchen lights, for instance, Amazon’s voice assistant sometimes replies “A few things share that name, which one did you want?” If I say “kitchen” again, voila, the lights go on. My wife, meanwhile, doesn’t get asked for clarification at all, though we both speak equally loud and clear.

Siri, by contrast, doesn’t require that extra clarifying step, but has its own vexing eccentricities. If I disable Wi-Fi on my phone, the smart home setup seems to lose its mind, dropping connection to much of my smart gear. Troubleshooting it has been a gamble, sometimes fixing the problem, sometimes not. I’m hopeful that Apple’s forthcoming $349 HomePod smart speaker will solve the problem, but shelling out that kind of money just to improve Siri doesn’t sound like a good deal to me.

But these assistants aren’t just in smart speakers. For instance, there’s currently a speaker and mic-packing Ecobee4 thermostat on my wall. As yet another device in my home’s voice interactive Alexa-verse, it can give me the weather, tell me the score of a Red Sox game, or reorder fish oil supplements from Amazon. But its Alexa integration oddly can’t turn on my home’s air conditioner. And when I ask Alexa (or Siri, because it’s also compatible with Apple’s HomeKit) for the temperature in the kids’ room, it won’t tell me, though it will instantly let me know how warm it is in the master bedroom or attic. Try as I have to fix this glitch (because my kids’ room runs warm), the disconnect remains a mystery.

Why not ask my voice assistants for help troubleshooting? Because at this point the technology isn’t great at fielding followup questions. Most requests come across as new ones, and both Alexa and Siri often “forget” the context of a prior question when you ask the next one. If I ask either assistant to “turn on the lights,” they’ll generally pull the trigger. But if I follow up with “Turn it down,” Siri says it isn’t “able to find any devices in [my] home at this time,” and Alexa simply turns its own speaker volume down. So much for semantics.

We’re in the early days of smart home assistants, so some of this is just consumerism at the bleeding edge, like using personal computers in the early 1980s. Back then, software tribalism drove a wedge between PC and Mac users. Meanwhile in 2017, Siri can unlock my door, but Alexa can’t, and Amazon’s voice assistant will water my lawn, while Apple‘s won’t. The more things change, and all that.

But to make our homes truly smart, voice assistants have to keep changing. They need to understand both what people want, and what they mean. They need to become more human and forgiving of our errors and faults. If I ignored my son because he called me Alexa, what kind of parent would I be?

We’ll never know, because I did what any truly intelligent assistant should have, and answered, simply, “Strawberry or vanilla?” 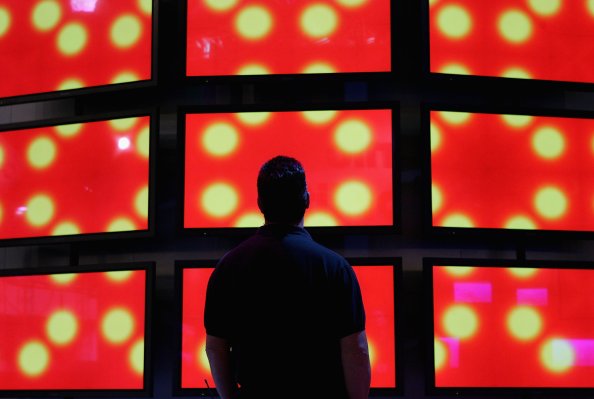