Monuments to treason. That is exactly what blights nearly every courthouse square in the South, Confederate statutes and memorials celebrating those who took up arms against the United States in defense of slavery.

As a former Mississippi governor and a fourth-generation native, who grew up in the segregated South, I believe those monuments and statues and memorials never should have been erected in the first place, a view shared by Robert E. Lee, who wrote a few years after the Civil War that he thought it “wiser not to keep open the sores of war but to… commit to oblivion the feelings engendered.”

These symbols of unrepentant oppression — every single one — must be removed now and forever.

The truth is the vast majority of these Confederate monuments — like the addition of elements of the Confederate battle flag to some Southern state flags — came between the 1880s and the 1920s to re-establish white supremacy.

Events like Charlottesville underscore the truth of William Faulkner’s view that in too many places and for too many people “the past isn’t dead, it isn’t even past.” Donald J. Trump and far too many others refuse to accept the pervasive and toxic impacts of our inability to deal honestly with race and its history. These are incontestable facts. The Confederacy was created to defend the abominable idea that one human being could own another and violently attempted to overthrow the legal, elected government of the United States, subverting the principles and meaning of our Constitution and Declaration of Independence.

Removing these memorials and symbols, like the Confederate battle flag element that remains sadly and shamefully part of my home state’s flag, is not an effort to sanitize our history nor erase some part of our culture. In fact, the myths of “magnolias and moonlight,” of the benevolent slave owner (an oxymoron if there ever was one), the romantic narratives of “The Lost Cause” and the distortions of Reconstruction are the real efforts to sanitize and erase. Confederates made perfectly clear that the “states’ rights” they sought to preserve was the right to own slaves. This was no War Between the States or War of Northern Aggression, it was an existential threat to the survival of the United States of America.

We must continue to work to understand and confront our history, celebrating our successes, while honestly and openly examining our failures. We must recognize that even those we honor for helping create this American experiment were themselves human beings with their own flaws and failures. But those imperfect founders strove toward creating, in Lincoln’s words, “a nation conceived in liberty,” while those who sided with the Confederacy sought to destroy that nation and the ideals on which it was founded. 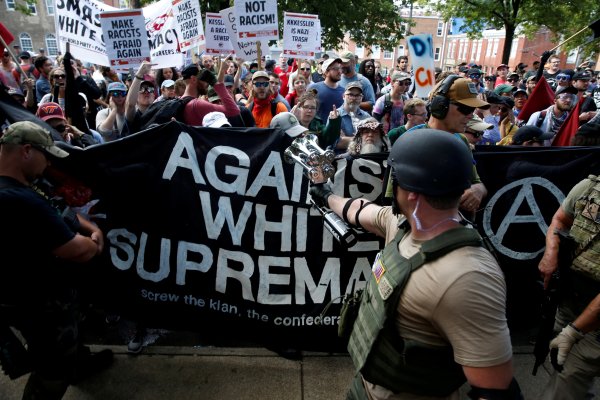