Police say a 12-year-old girl was “brutally killed” inside her home in Nashville, Tennessee, last week not long after she texted her mother about someone knocking at the door, PEOPLE confirms.

Investigators are appealing to the public for any information that may help identify the person who slaughtered 12-year-old Yhoana Arteaga on Aug. 10.

“Thus far, helpful information from citizens, through Crime Stoppers or otherwise, has been very limited,” the Nashville Police Department said in a statement.

“Detectives are optimistic that a meaningful lead or leads will result from scientific testing being conducted by the MNPD Crime Laboratory,” the police statement continues. “This case is a priority for police department scientists as well as fingerprint experts who are studying a number of fingerprints discovered during the processing of the residence.”

Yhoana was found dead by family members at 6:45 p.m. that Thursday, according to authorities. She’d reportedly been home alone, on crutches as she recovered from a recent skating accident.

Her mother last saw her at 12:30 p.m. that day and last communicated with her at 5:30 p.m., when the girl sent her a text message saying that someone was at their door.

According to investigators, “there was blunt force trauma to [Yhoana’s] body and her clothing was in disarray.”

Police have not released the girl’s cause of death but said there was no obvious indication of forced entry into the home.

“It is possible that she knew the murderer,” police said. And detectives are interviewing Yhoana’s friends and classmates “to determine if they have any information that could help further the investigation.”

“This is a horrible, brutal thing,” Nashville police Sgt. David Kautzman said during a recent news conference. “I’ve never seen anything this brutal in my entire career.”

“She seemed like she was going to be a stand-up person, just from the kindness she always showed,” the park manager at her family’s mobile home community told the Tennessean of Yhoana.

Anyone with information about her killing is urged to contact Nashville’s Emergency Communications Center at 615-862-8600 or Crime Stoppers at 615-742-7463. 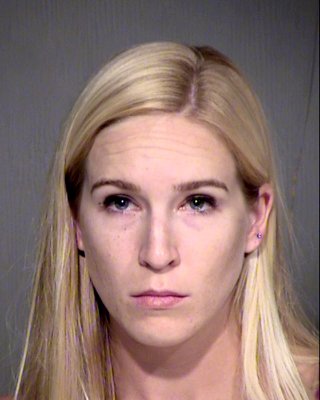 Arizona Mom Accused of Recording Sex Acts With Her Children and Selling Them Online
Next Up: Editor's Pick