Rep. Issa and Sen. Lee: Job Licensing Is Too Often Bad for Jobs

Who’d have thought it would take more time, training and money to be licensed as a hair stylist, interior designer or barber than it does to become an emergency medical technician ready to save people’s lives in an emergency? Yet in California, Utah and every state across the nation, legal absurdities like this have become the new normal, as occupational licensing requirements (essentially government permission slips required to do your job) have become mandated in more fields than ever before.

Their spread has made it increasingly difficult for workers — especially lower-income Americans — to start their careers or take new jobs in any number of fields, including even those as simple as hair-braiding, upholstery or, yes, even flower arranging.

Americans already face a tough economy, and occupational licensing requirements only make it harder for them to build better lives for themselves and their families.

For jobs with a direct impact on health or public safety, the government has a legitimate role to play in protecting customers from unscrupulous or dangerous actors in the marketplace. But many occupational licensing requirements have little to do with ensuring your safety — and a lot to do with keeping people like you out of work.

Take California, for example, which requires four years of experience, $400 in fees and an exam in order to be licensed as a landscaper — 52 times the experience it takes to become an EMT. Or look at Utah, where it takes more than twice as much experience to work in a nail salon than it does to deliver medical care in an ambulance. Yet, if occupational licensing laws were really designed to protect public safety, you’d expect the opposite to be true.

Just look at the numbers. In 1950, fewer than 5% of U.S. workers had to be licensed for their jobs. Today, nearly one in three needs a license.

According to research by Institute for Justice, a non-profit law firm, California is the second-most “onerously licensed” state in the country. And Utah isn’t far behind, coming in at number 12. On average, aspiring workers in the ever-increasing number of licensed professions nationwide must pay more than $200 in fees, spend at least nine months in training and pass at least one exam, just to meet their respective states’ education and experience requirements.

Occupational licensing laws erect unnecessary barriers for many, but the effects are especially pronounced for low-income and minority communities. Most low-income workers don’t have the savings or free time to enroll in required training programs, let alone to pay hundreds of dollars in fees just to earn an honest day’s wages. Additionally, a recent study showed that stiffer occupational licensing requirements reduced the number of low-income Americans taking the risk to start their own businesses by as much as 11%, compared to states with simpler requirements.

The effects on our economy are stark. According to one estimate, licensing requirements run amok have cost the U.S. economy as many as 2.85 million jobs and cost consumers an astounding $203 billion a year.

How’d we get in this mess? It’s best to start by how examining how a state decides to license a given profession in the first place.

Usually, a group of workers in a particular field band together and lobby state government set up a requirement. Next, a state licensing board is formed and invariably controlled overwhelmingly by practitioners of that industry. Standards are then adopted, administered and enforced by the board. Anyone who doesn’t meet the industry insiders’ requirements can be shut down on their command.

The conflict of interest is painfully obvious. Existing professionals in a given field control the board, licensing requirements and who enters and leaves the market. They use this power to shut out competition, drive up pricing or, worse, lock out innovative new market disruptors that threaten their way of doing business.

Further, since the boards often run with little oversight from state, they’ve become so rife with abuse that the Supreme Court has even begun to take notice. In 2015, the Court ruled that state licensing boards can be held legally liable for unfairly blocking competition after the North Carolina Board of Dentistry tried to prevent mall-based teeth-whitening services by requiring the procedure to be performed only by licensed dentists — despite the fact that countless Americans safely self-administer teeth whitening products at home every day.

Though the decision raised questions over whether it may make it harder for states to recruit knowledgeable citizens, who are often market participants, to volunteer to staff licensing boards, the Supreme Court’s decision was a victory for American workers and consumers. More importantly, however, it gave Congress an opening to curb the worst excesses of these occupational licensing regimes.

Building on this decision, we introduced the Restoring Board Immunity Act. The bill uses the Court’s decision to incentivize states to make necessary and long-overdue changes to their occupational licensing regimes by giving states two options: either bring the licensing boards under direct oversight of the state or create a way for citizens to challenge whether a given requirement is truly necessary for the public’s health and safety.

Occupational licensing reform is a rare and growing area of bipartisan agreement that’s drawn the attention of lawmakers and think tanks all across the spectrum from the libertarian-minded Cato Institute, to the left-leaning Brookings Institution — even the Obama Administration, which put out a report in 2015 detailing the need for change.

As consensus continues building Congress should seize the moment at once and come together to sweep away the most burdensome of these regulations and give countless Americans a better opportunity to improve their lives. 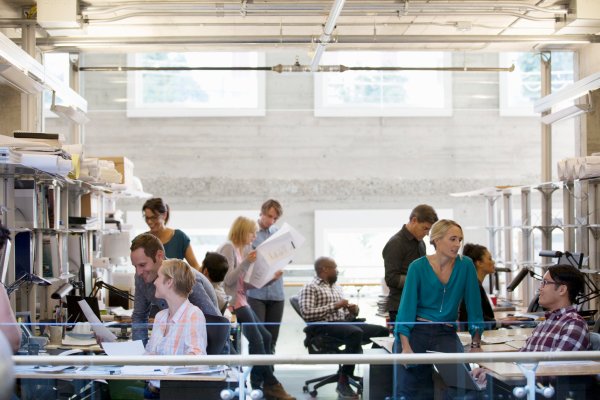 Working in America is Hard
Next Up: Editor's Pick