The Internet Is Loving This Game of Thrones-Inspired IKEA Photoshoot

In the wake of the game-changing revelation that Game of Thrones uses IKEA rugs to make the fur capes sported by the brothers of the Night’s Watch, employees of a Norwegian branch of the furniture chain shared an epic photo of their own take the Westerosi winter wear.

The three viking-esque models opted for Skold rugs in brown not black, resulting in a more regal aesthetic than that of the Watch. But the Internet was clearly still digging their DIY efforts. A shot of them posing in the shearling capes has garnered more than 5,500 likes since it was posted on IKEA’s Facebook page Wednesday.

During a 2016 lecture at Los Angeles’ Getty Museum, Thrones costume designer Michele Clapton explained how her team goes about giving the rugs that signature rugged look. “We cut and we shaved them and added strong leather straps, and then breakdown, which is like a religion on Game of Thrones,” she said. “I want the audience to almost smell the costumes. Here they were waxed and frosted so they belonged to the landscape.”

Watch the full talk below. 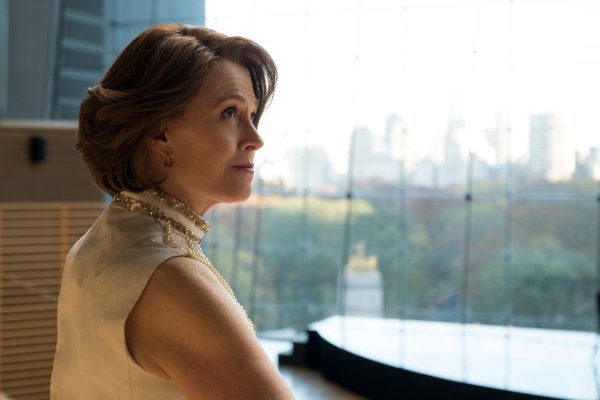 Why Sigourney Weaver Didn't Want Her Defenders Villain to Be a ‘Cold Ice Queen’
Next Up: Editor's Pick