Natalee Holloway’s Remains May Have Been Found. Here’s What to Know About Her Disappearance

The cold case of Natalee Holloway‘s disappearance came back to life after the discovery of human remains that are being tested to determine whether or not they belong to Holloway.

Here’s everything you need to know about the case.

What happened to Natalee Holloway?

Holloway was visiting Aruba on a graduation trip with her Alabama high-school class in May 2005 when she disappeared. She was last seen leaving a bar with three young men.

No one has been charged in Holloway’s disappearance, though Dutch man Joran van der Sloot, remains the prime suspect. Van der Sloot, who was 17 at the time of Holloway’s disappearance, said he was with Holloway the night she disappeared, according to ABC News. He and two friends originally said they dropped Holloway off at her hotel, but later said he dropped her off at the beach, ABC News reports.

Five years after Holloway’s disappearance, van der Sloot pleaded guilty to killing Peruvian business student Stephany Flores Ramírez. He was sentenced to 28 years in a Peru prison. Peruvian officials said they would extradite van der Sloot after serving his sentence, the Associated Press reported in 2014. American authorities also claim he received $25,000 for Holloway’s parents to take an attorney to where her body can be found, according to the AP.

What new information has come out?

Holloway’s father said he and a private investigator found the remains after receiving a tip from an informant, which were found to be human after testing.

“We have a person who states he was directly involved with Joran van der Sloot in disposing of Natalee’s remains. I thought, you know, there may be something to this,” Holloway’s father said on the Today Show.

This comes after an 18-month long investigation by Dave Holloway and the private investigator T.J. Ward. The DNA tests will take several weeks to determine whether or not they belong to Natalee Holloway. 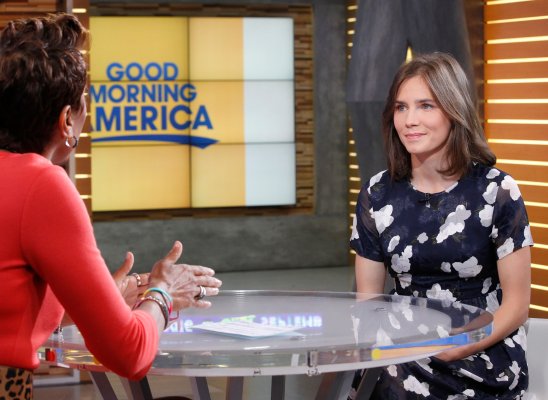 'I'm Not Disappearing Into Oblivion.' Amanda Knox on Life Back Home
Next Up: Editor's Pick