“Publicity seeking Lindsey Graham falsely stated that I said there is moral equivalency between the KKK, neo-Nazis & white supremacists and people like Ms. Heyer. Such a disgusting lie. He just can’t forget his election trouncing. The people of South Carolina will remember! The public is learning (even more so) how dishonest the Fake News is. They totally misrepresent what I say about hate, bigotry etc. Shame!” the President tweeted at around 6:30 a.m. Thursday.

Graham released a statement saying he does not endorse parts of Trump’s response to the violence that broke out in Charlottesville, Va., Saturday when a car rammed into a crowd of counter-protesters at a white supremacist rally, which killed one and injured 19.

“Your words are dividing Americans, not healing them,” Graham, who ran against Trump for the 2016 Republican presidential nomination, said in a statement.

Graham added that Trump “took a step backward by again suggesting there is a moral equivalency between the white supremacist neo-Nazis and KKK members who attended the Charlottesville rally and people like Ms. Heyer.”

Trump was criticized for his response to the events in Charlottesville when he said there is blame “on both sides.”

Graham responded to Trump tweeting, “Mr. President, like most I seek to move our nation, my state, and our party forward – toward the light – not back to the darkness. Your tweet honoring Miss Heyer was very nice and appropriate. Well done. However, because of the manner in which you have handled the Charlottesville tragedy you are now receiving praise from some you are now receiving praise from some of the most racist and hate-filled individuals and groups in our country. For the sake of our Nation — as our President —please fix this. History is watching us all.” 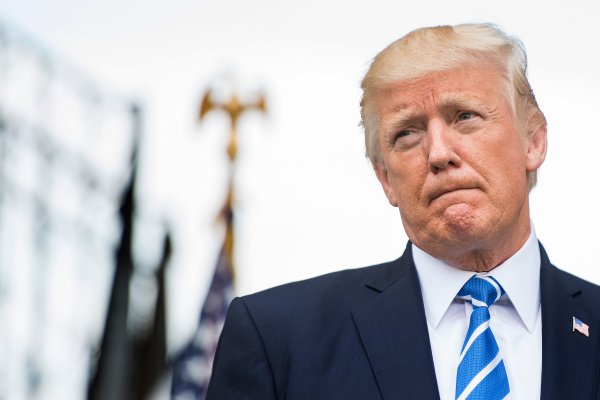