Nepalese women Pabitra Giri (L) and Yum Kumari Giri (R) sit by a fire as they live in a Chhaupadi hut during their menstruation period in Surkhet District, some 520km west of Kathmandu on Feb. 3, 2017.
Prakash Mathema—AFP/Getty Images
By Tara John

On Aug. 9, Nepal criminalized the practice of relegating women to huts when they are menstruating. The new law, which comes into effect in August 2018, stipulates that anyone enforcing the custom, known as chhaupadi, will face a three-month jail sentence and a fine. Here’s more.

Ancient Nepalese tradition dictates that women must be sequestered to small animal sheds outside their homes during menstruation or after childbirth, as they are considered to be impure. For a couple of days to a month, women are barred from entering homes and temples and are forbidden to touch men, cattle or some foods.

Nepal’s supreme court ruled that chhaupadi was illegal in 2005, but the ban has been widely flouted. According to a ’10 local government survey, one-fifth of all women ages 15 to 49 were banished during their periods, including up to 50% in the mid- and far-western regions. A local poll found that only 40% of people in the midwestern region even knew of the ban.

The U.N. says chhaupadi leaves women susceptible to illness, rape and animal attacks. Since last November, five women have died while in exile, according to a nonprofit working in the western region. Activists have applauded the decision to criminalize the practice but are concerned that it might not be enough to stamp out a custom that has deep roots in Hindu scripture. 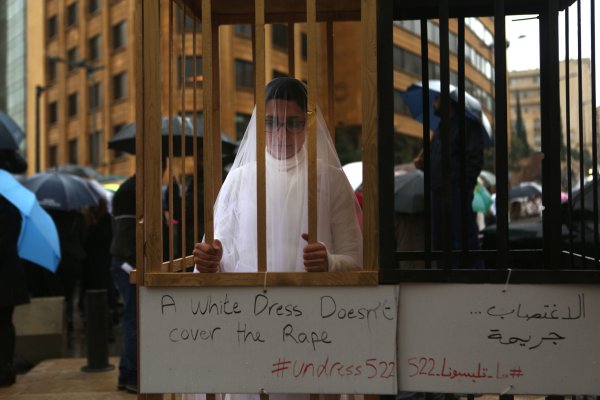 Lebanon Follows Jordan in Scrapping 'Marry the Rapist' Law
Next Up: Editor's Pick