A new NPR/PBS Newshour/Marist poll found that 52% of American adults thought that President Trump’s response to violence that occurred in Charlottesville, Virginia, was “not strong enough.”

Trump’s comments have been heavily scrutinized since a white supremacist rally in Charlottesville turned deadly Saturday when a man ran his car into a crowd of counterprotesters, killing one and injuring 19.

Trump said there was blame “on both sides” leading to several resignations from his manufacturing council and strategy and policy forum, both of which he decided to disband shortly after.

The poll also revealed Trump’s approval ratings to be at record lows.

The poll was conducted by interviewing 1,125 adults on Aug. 14 and 15 and has a margin of error plus or minus 2.9 percentage points. 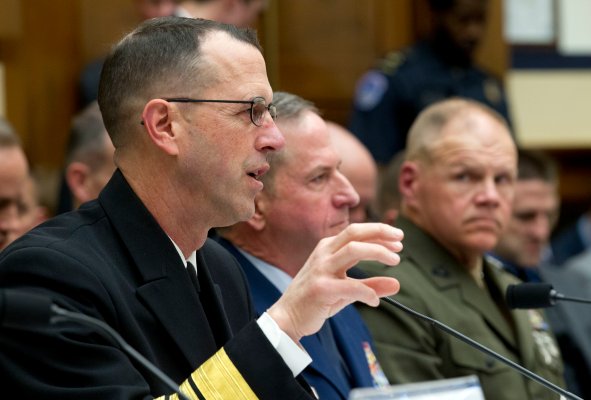 Top Military Leaders Who Advise President Trump Speak Out Against Racism
Next Up: Editor's Pick