“You’ve got to try the burger.”

That was the counsel of Kurt Stache, a veteran of airport dining and airline marketing, while briefing me on the various attributes of recent renovations his employer, American Airlines, has completed at New York’s JFK International Airport.

This particular “flagship” sirloin burger is one of the initial hits on the new menu American assembled for its first foray into restaurant-style dining at an airport lounge. The carrier opened its “Flagship First Dining” room in May in a space adjacent to its renovated lounge in Terminal 8.

The venue has the spartan sensibility one expects from some high-end eateries. The bar is up front and the tables in back, with a lovely chandelier dangling overhead. But the glass windows are rightfully allowed to dominate. The room is a sleek space overlooking the tarmac—aviation geeks will be pleased by the aircraft views.

So, anyway, I went with the burger.

It is a lovely thing to behold, not super-sized or excessively messy the way many renditions are engineered. It’s served atop a crisp tomato slice and a few shreds of arugula and then topped with a marmalade of red onion and bacon. This last bit adds a subtle sweetness to the thin layer of char that encloses juicy ground sirloin. There were French fries, I think, but I don’t really recall. The beef was so much more interesting. Cheddar cheese is a good option, but I chose to taste the burger on its own.

While the focus is on seasonal and local ingredients, it’s one of the very few items that will stay year-round, said Stache, senior vice president for marketing and loyalty at American Airlines Group Inc. I preceded the burger with samples of three appetizers: basil-infused “compressed” watermelon with a feta cheese garnish, tomato bisque with a miniature (2 inches square!) grilled cheese sandwich, and a chilled smoked duck breast. The Loch Duart salmon, a farmed variety from the northern reaches of Scotland, was fresh, tender, and poached superbly in olive oil and served atop a cauliflower risotto. Each entree is listed with a suggested wine pairing.

The dining room highlights American’s effort to maintain a distinction between first and business class, a different approach from many other airlines that have collapsed those into a single cabin. Nevertheless, the restaurant isn’t fussy or pretentious, nor did the wait staff appear to consider these menu selections precious heirlooms. Instead, these are carefully attended plates with high-quality ingredients—minus the stuffy.

After all, this is JFK.

While the larger lounge accepts an array of American’s elite customers, access to the dining room is tightly controlled—only people traveling internationally or transcontinental with a first class ticket are allowed. Even those with the elite, Concierge Key frequent flyer status need one. This keeps the amenity highly exclusive—always a tantalizing allure for a certain jet set—and prevents the dining room from becoming overly crowded. Our waiter said he’d seen no more than 10-12 diners concurrently during the first three weeks of operation.

Man Caught With Live Snake in His Clothing at Berlin Airport

Airport Forced to Use Whiteboard to Prevent Total Travel Mayhem

American put its first Flagship dining eatery at JFK, the airport where it has the most departures booked in first class, and will open two more by yearend at its hubs in Los Angeles and Miami. In 2018 the airline will expand this dining concept to Dallas-Fort Worth and London.

This focus on finer dining in the airport is one that premium long-haul airlines have offered for years, from Sydney to Singapore, Hong Kong to Dubai, London, and Paris. Yet a restaurant-style dining experience is relatively new to the U.S. aviation scene, where airlines have traditionally pinched pennies even for their wealthiest passengers.

United Continental Holdings Inc. opened its first “Polaris” business class lounge in December at its Chicago hub, with a la carte menu items supplementing the lounge’s buffet and designed by Chicago chef Art Smith. United plans five more of the lounges this year at its U.S. hubs, with Hong Kong, London, and Tokyo slated for 2018. United also offers a posh burger as an entree, from Chicago’s Blue Door Kitchen, served with an optional fried egg.

Since righting their financial fortunes following the bankruptcy years, U.S. airlines have invested heavily to spruce up their fleets and onboard amenities, particularly those targeting the big spenders who sit up front. Premium-cabin meals and wines have seen gradual upgrades while the carriers have also deployed upscale seats that transition into fully flat beds for improved sleep.

In some ways, the reclining airline beds up front are driving the rise of U.S. airport-lounge restaurants. As part of its Polaris work, United conducted more than 12,000 hours of research and interviewed more than 350 “high-mileage customers” and more than 50 frontline employees, spokeswoman Maggie Schmerin said.

“One thing we heard more than anything else was a good night’s sleep was the most important thing to our global travelers,” she said. “So we set out to design from scratch a completely reimagined premium experience focused on sleep. Giving customers the option to enjoy a meal in the United Polaris lounge prior to their travel means they can go directly to sleep once onboard, should they choose.”

Sleep is also a driving influence at American, where many passengers prefer to board, recline, and snooze as quickly as possible, Stache said. “On the shorter trans-Atlantic flights … you prefer to eat before you get on the plane to maximize your sleep time or your work time in-flight,” he said.

“I think in today’s world there’s a growing expectation from the premium customer that they have the ability, or the choice, to dine on the ground,” Stache said. “We need to be at that level, and it moves the bar.”

Delta Air Lines Inc., meanwhile, has made its lounge buffets heartier, including soups and salads and more local food items. But it has no immediate plans to begin restaurant-style dining, a spokeswoman said. It even added customized salad bowls at nine lounges starting last month.

Of course, migrating preflight dining from the traditional serve-yourself buffet to a tony restaurant with servers doesn’t come cheap—and U.S. airlines have become global masters of operating as skillful nickel-squeezers. But Stache said the effort to sell an upscale restaurant idea to American’s top executives “wasn’t as difficult as you think.”

In the lean years, “we didn’t have capital to invest in the products,” Stache said. But “we’re in a different world now. We know we’re going to have longer-term stability.”

Most Popular on TIME
1
Lindsey Graham Now Says He'll Call Mueller to Testify
2
Pfizer CEO Raises Expectations for COVID-19 Vaccine
3
With No End in Sight to the Coronavirus, Some Teachers Are Retiring Rather Than Going Back to School 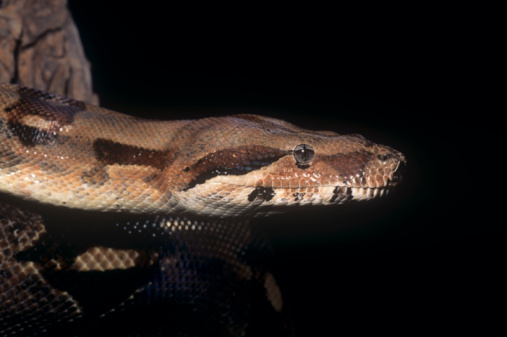