A month after going missing, a woman turned up on a rural road in Alabama on Saturday, naked and covered in bug bites.

Lisa Theris, 25, had been missing since July 18 when Judy Garner came across her on Highway 82.

“She said she ate berries and drank muddy water,” Garner told NBC. “I gave her a hug and said, ‘You poor thing. You’ve been through a lot.'”

It’s unclear exactly how Theris ended up stranded in the wilderness for a month, but her disappearance may be connected to two men who were arrested on burglary charges. Manley Davis and Randall Oswald told police that Theris was in their car when they were on the way to rob a camping site, but refused to take part in the crime and jumped from the car.

Police planned to question Theris further on what happened to her after she had recovered more from her ordeal. In the mean time, her family was thrilled to have her home.

“[Twenty-eight] days stranded out in the wilderness and Lisa is still standing,” her brother Will wrote on his Facebook wall. “Strongest person [I] know.” 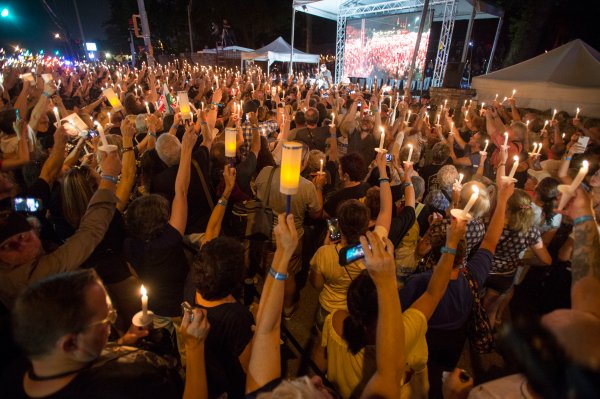