Rapper Vic Mensa on His Political Debut Album: 'I Could Never Choose to Be Ignorant'

As any of his loyal fans will tell you, Vic Mensa‘s much hyped debut studio album The Autobiography has been a long time coming, but it’s not because the 24-year-old rapper has been letting grass grow under his feet.

Mensa, a native of South Side Chicago, released his first solo mixtape, Innanetape, in 2013, the same year he started attracting attention as a founding member of the SAVEMONEY rap collective that helped launch the career of Chance the Rapper. By 2015, Mensa was performing alongside Kanye West and Sia for West’s infamous “Wolves” presentation for Saturday Night Live‘s 40th anniversary. Along the way, he scored a contract with JAY-Z’s Roc Nation (which he commemorated with a tattoo), dropped some viral single hits and canceled a planned album called Traffic because, he told All Hip Hop, it “didn’t feel like it was the right representation.” The album he made instead is the highly personal, unapologetically politically charged The Autobiography.

Throughout the album, Mensa examines the events in his life that have made him who he is: losing a close friend to murder, racial violence in both his community and the world at large, his own near-death experiences. These ruminations are more than just Mensa’s recollections, however — they’re his ways of reckoning with larger structural issues on a micro level, finding the political within the deeply personal.

It’s a case of art imitating life for the rapper, who’s increasingly being recognized as much for his music as he is for his activism: protesting against the Dakota Access Pipeline at Standing Rock, paying homage to Assata Shakur at the MTV VMAs and calling out police brutality with the song “16 Shots,” after an officer with the Chicago Police Department killed teenager Laquan McDonald in 2014.

Following an intimate performance during Samsung’s Made for Summer Live at 837 series, TIME caught up with Mensa to discuss his new album, his activism and what it’s like to have JAY-Z for a mentor.

TIME: The Autobiography is your first studio album and it was definitely heavily anticipated by your fans. What was it like to make it?

Vic Mensa: I had a lot of fun recording this album. It was an examination of myself, took a lot of soul searching, a lot of planning, honestly. It was not so off-the-cuff. Every record that I’ve used on the album had a very specific purpose and a good deal of them I had mapped out before I wrote the song. Oftentimes, I’ll write songs purely influenced by what I’m feeling in the moment and whatever the instrumental makes me feel like, but with this album, I had specific topics that I wanted to explore and specific concepts that I wanted to lay a blueprint for.

What were you drawing inspiration from while making this?

I was drawing inspiration from my life experiences. I actually worked with a biographer, a woman named Kathy Iandoli, who I was introduced to through her work with the late, great Prodigy [of Mobb Deep]. She came to Chicago for a couple days last summer and I basically drove her around the city and told her my life story and she took notes, then she would organize it and send it back to me. I remembered some experiences that I had completely forgotten about and all the while, drawing parallels between what happened in the past and what’s happening in my present. From a musical standpoint, I was inspired by ‘90s hip hop, with a lot of drums and the tempos. I’m always inspired by David Bowie and Prince.

Was it difficult to speak so candidly about things like death or mental health or addiction?

I found that for me to be really candid gives me a lot to draw from because I’m not making things up. There’s a built-in song to every experience because I interpret it with my five senses and I’ve had time to think about it. But on the other hand, it can be tough to remove yourself from a situation that’s still so fresh. That’s where it can get difficult — sometimes I was having struggles being objective with my perspective trying to write certain songs. I would get caught up in the emotion of it.

So much of this album, but also your musical identity, is wrapped up in Chicago. Why is it so important to you that you represent Chicago and pay homage to it in your work?

It can’t be overstated how important it is to me to offer a different path to kids coming up in Chicago. I feel like the youth all across the world right now are really influenced by Chicago and the gang banging and the murder and the sensational violence. I hear kids coming out today from the other side of the country, referencing dead Chicago rappers who were killed by the time they were 19 years old. I gotta really make sure I’m repping Chicago 100% and that I’m repping it in an honest way. There’s so much more out here for a young black man than to be a murderer. I’m trying to offer an alternative.

How did you come to that conclusion personally?

I’m from a family of educators. I grew up with books in my house and in my hands and my parents in my life. Leaving the city every summer from an early age. Being a shooter was never in the cards for me. I didn’t grow up witnessing that — not in the home, at least. But I had a perspective on it because that’s what I saw outside of my home. If you’re a kid whose father’s not there and their mom is busy working and they’re being raised by their grandma and, by proxy, the streets, what they know is out on the block. I grew up looking from the inside to outside on the block, but as I grew older, certain elements of that lifestyle I adopted.

How has the current political climate affected your work as an artist?

I try to stay informed and in-tune with the events of the world. It can be kind of depressing and make you pretty jaded, especially right now when there’s such a culture of hatred and alternative facts. But I think your biggest crime as a citizen of society or America or the world is to be ignorant by choice. There’s no excuse for that. I feel, when the information is at my fingertips, I could never choose to be ignorant. So even if my album is far more about me than it is about politics, it’s still going to reflect the political climate. Since I refuse to be ignorant, I need to be thinking about things like the National Guard being sent into Chicago, and I have to be thinking about police brutality, because these affect my mentality. I have to be thinking about the solutions to the violence in my city and the world around me.

You’ve also been very vocal about social issues. You protested at Standing Rock, you’re an avid supporter of Black Lives Matter, you’ve spoken out against the violence in your hometown — why is it important to you to be as vocal about these issues as you are about your music?

I have the kind of conscience that it doesn’t feel right if I watch other people suffer and I do nothing about it. I could be a million miles away, across an ocean, and it still keeps me up at night when I see black men being killed on TV by police officers. It keeps me up at night when I see Native American women that are medics on the front line at Standing Rock being beaten until their faces are swollen and their eyes are closed. I recognize that communication is one of the most powerful tools that I have as a writer and a performer, and frankly, as a human, so if I can use my platform to communicate something that might help people who are struggling, I wouldn’t feel right if I didn’t do it.

What do you hope that this album accomplishes?

I started making music because I wanted to make people feel the way that Tupac and Common and Lauryn Hill made me feel. I wanted to impact people’s lives like the music that I’ve loved in my life has impacted me. I had a line when I was 16, on my first mixtape [Straight Up], where I said, “the mission is to change more lives than crack took.” That’s still my mission, and that’s what I hope this album can do: to mean something to people and be a tool for their growth.

You’re part of the ROC family and JAY-Z is one of your mentors. What have you learned from him?

I think one of the best pieces of advice JAY-Z ever gave me was, “F-ck rappers and focus on your message.” 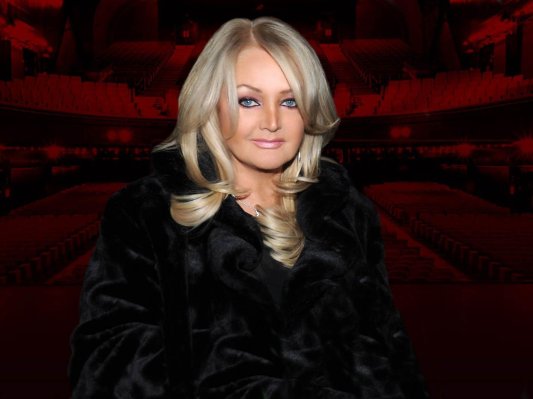 Bonnie Tyler To Celebrate the Total Eclipse As Only She Can
Next Up: Editor's Pick