Donald Trump: There Is 'Blame on Both Sides' for Violent Clashes in Charlottesville

President Donald Trump said there was “blame on both sides” for the violent clashes that erupted in Virginia over the weekend, equating the actions of white supremacists and neo-Nazis with those of liberals who gathered to challenge them.

“I’m not putting anybody on a moral plane. You had one group on one side, and you had a group on the other side,” Trump said. He added that liberal counter-protesters “came violently attacking the other group.”

In remarks delivered at Trump Tower, the president also defended his decision to wait two days to condemn white supremacists for the violence in Virginia, saying he first needed to gather the facts.

The statement was Trump’s third attempt in the last four days to address the controversy over his initial reaction blaming “many sides” for the violence, drawing bipartisan condemnation.

Since the bloody melee in Charlottesville, Virginia, on Aug. 12, several corporate executives have cut ties with the White House. Merck & Co. chief executive officer Kenneth Frazier, then Under Armour Inc.’s Kevin Plank and Intel Corp.’s Brian Krzanich stepped down from a White House business group set up to advise the president on Monday. On Tuesday, Scott Paul, the president of the Alliance for American Manufacturing, said he was stepping down, because it was “the right thing for me to do.”

Trump was slow to condemn the white supremacists that organized the rally, which resulted in the death of one woman after a participant rammed a group of counter-demonstrators with a vehicle. 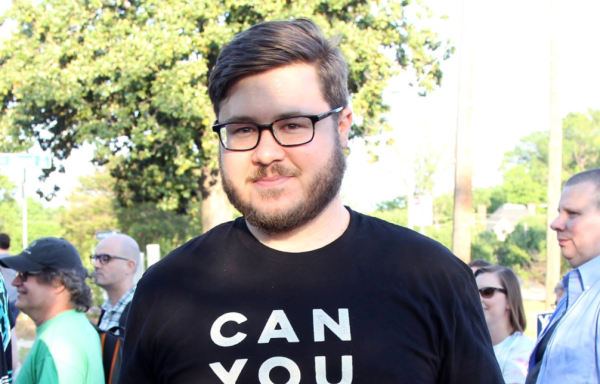 Meet the Activist Exposing Charlottesville White Supremacists on Twitter
Next Up: Editor's Pick